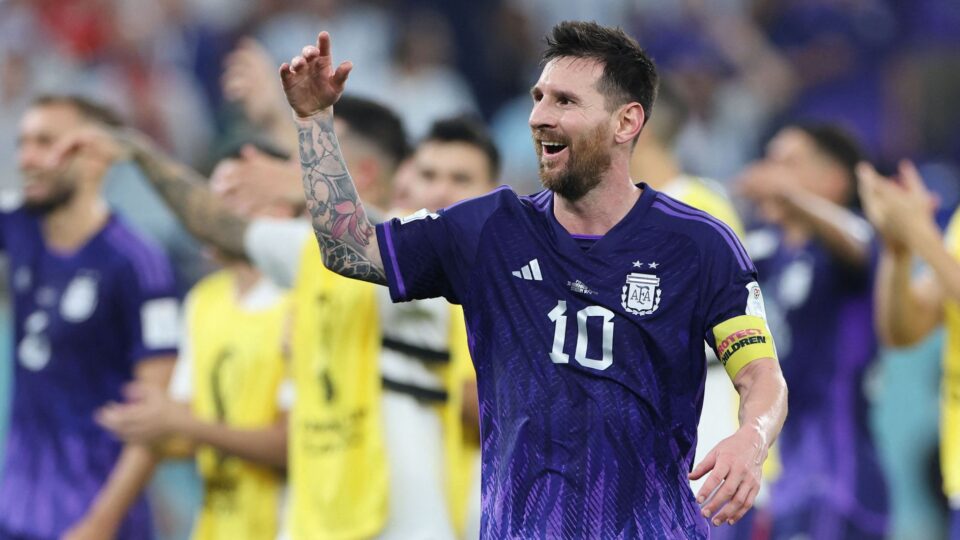 With a 2-0 victory over Poland, Argentina took first place in Group C and qualified for the round of 16 of the 2022 World Cup. Poland also advanced. La Albiceleste unexpectedly lost their first match to Saudi Arabia, but they have since defeated Mexico and Poland in Group C to advance as group champions to the tournament’s knockout stage.

Argentina will face Australia, who finished second in Group D, in the next round on Saturday after scoring goals from Alexis Mac Allister and Julian Alvarez. For Lionel Scaloni’s team, Lionel Messi missed a penalty in the first half, but the South Americans scored twice without answering in the second half to win the game and take first place in the group.

Poland has advanced to the next round ahead of Mexico, and Czeslaw Michniewicz’s team will play the tournament’s defending champions France on Sunday. Poland and Mexico were separated by only one penalty point before Saudi Arabia defeated Mexico 2-1 in stoppage time of the second half.

At the far post, Argentina’s Nicolas Otamendi had an early half-chance, but his header kept missing the mark.

The Paris Saint-Germain attacker then had his first look at the Poland goal in the seventh minute after creating some space outside the box, but his shot was straight at Wojciech Szczesny.

Messi made a good start for Argentina and the Poland goalkeeper had to stop him again in the 10th minute. Marcos Acuna then missed the crossbar seven minutes later. Acuna was highly engaged down the left, and after another excellent work from Messi in a far-off position, the defender headed just wide of the goal.

Acuna attempted his luck once more in the 29th minute, sending a strong shot beyond of the post, and three minutes later, Szczesny deftly diverted an astute Angel Di Maria corner over the crossbar.

Ten minutes before the first period ended, Enzo Fernandez shot over the crossbar, and then the Poland goalkeeper made another deft stop to block a close-range attempt from Alvarez.

The referee chose to point to the spot after giving the VAR review to Szczesny’s challenge on Messi serious consideration. The goalkeeper caught the PSG attacker with his arm as both players attempted to make contact on a cross.

Messi moved forward, but the Juventus goalkeeper made an outstanding stop after making the correct guess and reaching out to grab the ball.

During the pressure that followed, Di Maria ought to have connected with a low cross from Messi, but Szczesny made saves from Alvarez and then Di Maria as Poland struggled to get out of their own half.

But early in the second half, Argentina eventually scored, thanks to Mac Allister’s deft flick of a Nahuel Molina cross into the far corner of the goal.

In the 49th minute, Poland had a chance to tie the game when Kamil Glik rose highest inside the Argentine box to meet a deep ball, but the center-header back’s missed the post by a whisker.

Just past the hour mark, after superb work by Messi had set up the Brighton & Hove Albion attacker, Mac Allister forced a deft stop from the Poland goalie. In the 68th minute, Alvarez increased Argentina’s lead by finding space within the Poland box and shooting into the top corner of the goal.

20 minutes from the end, Szczesny did brilliantly to stop Messi, and three minutes later, Alvarez scored after Messi released him.

When he broke into the Poland box in the 85th minute, Lautaro Martinez had a wonderful opportunity to make it 3-0 for Argentina, but the Inter Milan attacker missed the goal.

After that, Nicolas Tagliafico had one cleared off the line in the dying seconds, and Poland’s Jakub Kiwior saved them. Poland had received fewer cautions than Mexico during the group stage, and that appeared to be the deciding factor until Saudi Arabia scored against Mexico late on, which meant goal differential came into play.