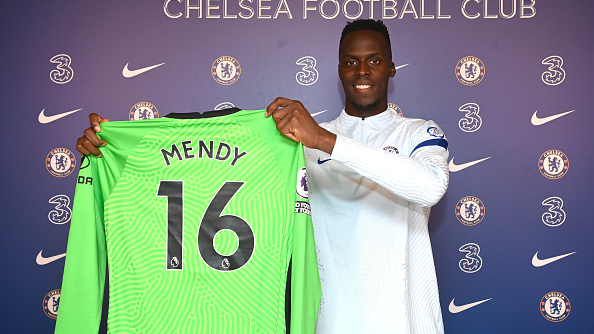 According to reports, Chelsea is interested in offering Edouard Mendy a long-term contract extension.

If anyone remembers when did Chelsea last made a successful signing, Edouard Mendy would be the answer.

The Blues have recently struggled to make their signings speak with their actions on the turf. However, the Senegal international was one such player who didn’t had a hefty price tag but did perform astonishingly well.

The London club are eager to keep him at Stamford Bridge for a long time and thus will be looking forward to offering him a new deal.

Despite being brought in as a replacement for Kepa Arrizabalaga, the Senegal international was viewed as somewhat unknown when he was recruited from Rennes in September 2020. The team went on to win the Champions League during his first season at Stamford Bridge.

Thus, making Mendy one of Chelsea’s greatest recent purchases for the money. Mendy won nine clean sheets in the top competition for European football that year, with the last one coming in the championship game as Chelsea defeated Manchester City by a 1-0 margin.

Chelsea to offer a contract extension to Edouard Mendy soon

Chelsea is in a good position with regard to the 30-year-future old’s because of his contract, which keeps him with the West Londoners till 2025.

However, club executives apparently agree that their first-choice goalkeeper merits a pay raise, according to the Daily Mail. Mendy is currently one of the senior group’s lowest paid players at a time when new acquisition Raheem Sterling reportedly became the club’s top paid player.

Todd Boehly, the chairman and temporary sporting director, is reportedly eager to give players like Reece James and Mason Mount new contracts.

However, the source now states that Chelsea have not even come close to meeting Mendy and his agents’ expectations.

In all competitions, Mendy has made 94 appearances for Chelsea, the most recent of which was in the 1-0 victory over Everton on Saturday.

The reported events are said to have occurred at a time when Chelsea is willing to part ways with Kepa Arrizabalaga, Mendy’s backup.

The Spain international is hungry to play more first-team games in order to qualify for his country’s World Cup appearance, and Napoli are interested in signing him.

Gabriel Slonina, a goalkeeper for the Chicago Fire, will not join the club until January, according to a recent announcement from Chelsea that they had reached an agreement for his services.