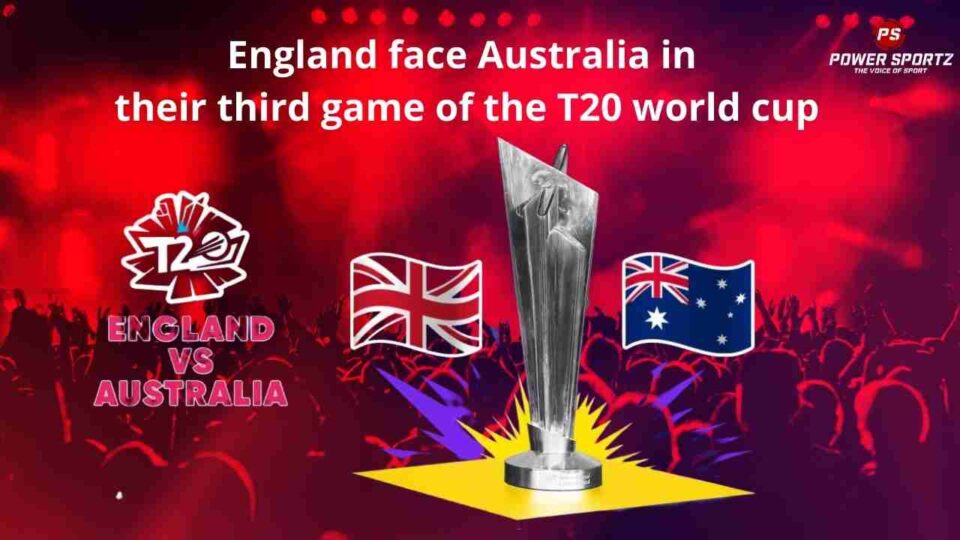 England is one of the favorites along with India and Pakistan to win this edition of the T20 World Cup. The last time they won the world cup was in 2010; In the most recent edition of the world cup, they finished as runner-up in the cup as they lost the finals to West Indies. Yet again, in this world cup, Eion Morgan’s side has been phenomenal and has won both of their games. In their first game, they beat the defending champions West Indies by six wickets; and in the next game, they beat Bangladesh by 8 wickets.

Australia has never been able to win a T20 world cup; the closed they came to winning the cup was in 2010. Where they lost to England by seven wickets in the final. During the warm-up matches of this world cup, Aaron Finch’s team struggled to help his side be clinical. They lost their match to India and beat New Zealand with one ball to spare. However, the Australians have had a great start to their world cup campaign. They have recorded two victories for their side after beating South Africa and Sri Lanka. These wins have taken them to second place on the table behind England.

England play against Australia in the world cup

On the 30th of October; England plays against Australia at 7:30 pm IST. This will be the match between the only two teams who haven’t lost a league game in their group. The other countries in the group are South Africa, Sri Lanka, Bangladesh, and West Indies. Even though, teams such as South Africa and West Indies have a great record for qualifying for the playoffs of the cup; Australia and England are in a much better position to do so in this edition.

England plays their last two matches of the group stages against Sri Lanka and South Africa; Whereas, Australia plays their last two games against Bangladesh and West Indies. Both the countries will need to try and win the next game to get an edge over each other and qualify for the semifinals with ease. The semifinals of the world cup will take place on the 10th and 11th of November.

Who do you think will win the T20 world cup?