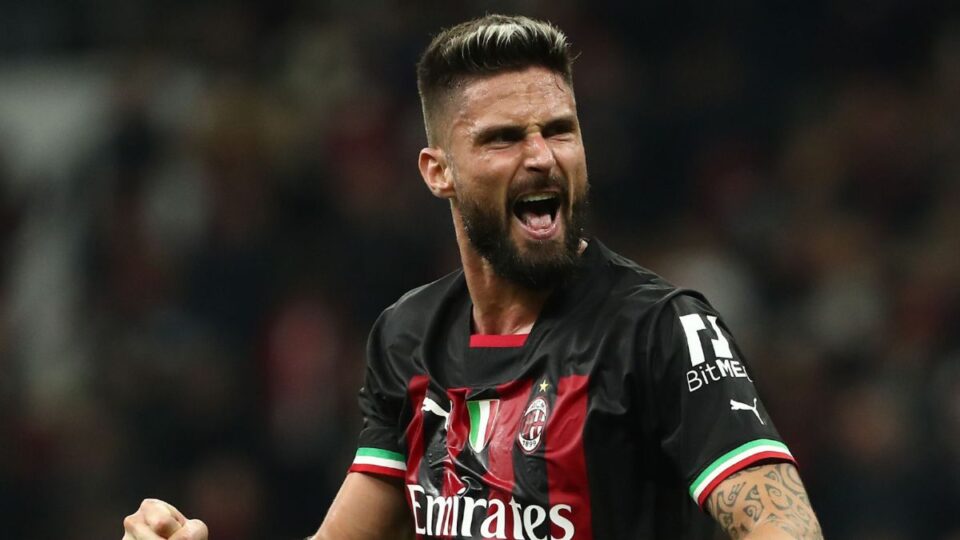 Olivier Giroud, a striker for AC Milan, has apparently surfaced as Manchester United’s unexpected transfer target. Erik ten Hag is searching for a replacement striker after Cristiano Ronaldo’s contract with the Red Devils was terminated at the end of November as a result of his critical interview with Piers Morgan.

Cody Gakpo, an attacker, was heavily linked to a move to United, but the Dutch international instead left PSV Eindhoven and signed a long-term deal with Liverpool.

Joao Felix of Atletico Madrid is reportedly being considered as an alternative, but the Spanish club’s €21 million (£18.5 million) loan package, which includes a €15 million (£13.2 million) loan fee on top of his salaries, is proving to be a significant roadblock for interested clubs.

The Times reports that Man United is now thinking about acquiring former Arsenal and Chelsea striker Giroud in January.

Giroud later departed Stamford Bridge to join Milan in the summer of 2021, and since then, he has become a staple of the first team at San Siro, contributing 23 goals and nine assists in 57 games across all competitions.

Olivier Giroud on his way to Manchester United

The Frenchman’s contract expires at the end of the current campaign, but the Rossoneri are expected to extend it to the seasoned striker. The Frenchman won the Scudetto with Milan last year.

“I think we have a squad. We have the players who are matching our criteria. But with all the games that are coming, it is tough competition in all the leagues,”

“So, we are looking for the right player for our squad and has to match our sporting criteria but also our financial criteria.”

Giroud, who had four goals at the 2022 World Cup for second-placed France, is anticipated to play again for Milan on Wednesday when they take on Salernitana in Serie A.