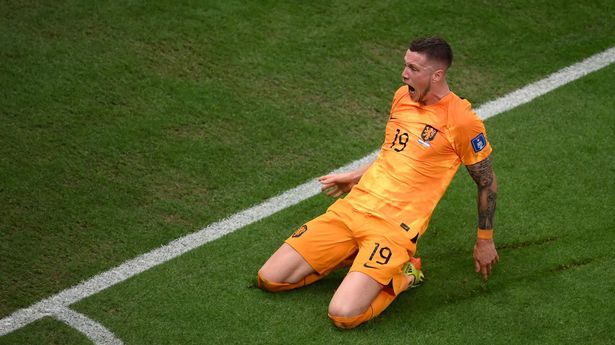 According to reports, Manchester United and Wout Weghorst have agreed on a loan deal. The Dutch international, who is presently on loan from Burnley to Besiktas,

He has made 18 appearances this season and has scored eight goals and contributed four assists. He also scored twice against Argentina in his nation’s 2022 World Cup quarterfinal.

United, who are eager to improve their forward line after Cristiano Ronaldo’s contract was terminated in November, they have recently made Weghorst one of their top targets this january.

Despite the fact that the forward looked to say goodbye to the Besiktas fans after scoring the winning goal against Kasimpasa on Saturday, the club’s sports director Ceyhun Kazanci questioned the forward’s conduct and downplayed rumours of a potential exit.

Additionally, the Turkish club issued a statement denying rumours that Weghorst would be leaving soon. A recent report, however, suggested that discussions between the Red Devils and the player’s parent club were still underway.

Journalist Fabrizio Romano claims that United and Burnley have verbally agreed in full to sign Weghorst on a loan basis.

According to the report, Besiktas would receive compensation in the amount of about €3m (£2.65m) for Weghorst’s loan being shortened.

However, there is still work to be done because the Turkish giants will only accept the trade provided they can sign a suitable replacement.

Erik ten Hag’s options for a center-forward, which presently include Anthony Martial and Marcus Rashford, will be improved if the Dutchman is successful in completing his loan transfer to Old Trafford.

The United manager is reportedly eager to sign his fellow countryman because he thinks he will add aggression and physicality to the team.

Weghorst made 20 appearances for Burnley, scoring two goals and providing three assists, but he failed to leave a lasting impression.

However, Weghorst amassed 70 goals and 22 assists over 144 games for Wolfsburg in all competitions before joining the current Championship leaders.

While Harry Kane, the captain of Tottenham Hotspur, is thought to be on a shortlist of three players, United is likely to acquire a new forward next summer, therefore the 30-year-old is only considered as a temporary fix.

With a 3-0 victory over Charlton Athletic, United advanced to the EFL Cup semifinals. They will now get ready for the local derby against Manchester City on Saturday.