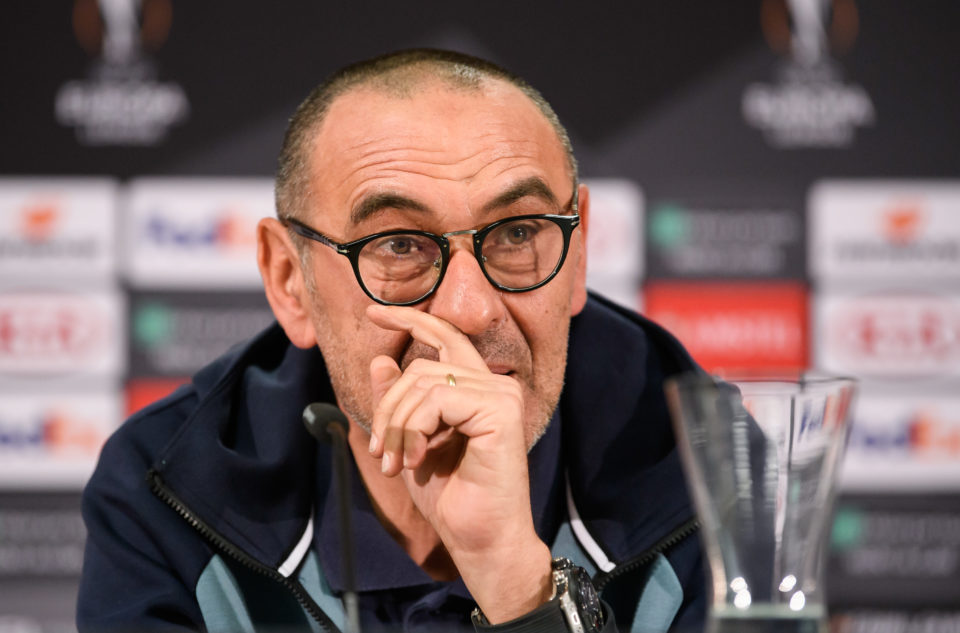 Chelsea manager Maurizio Sarri has left his job to take over Massimiliano Allegri at Juventus even though there were two years more to his contract. The two clubs have come to an agreement where Sarri has been released to become the manager at Juventus. A statement released by Chelsea said, “the two clubs have reached an agreement for the early termination of Sarri’s contract with Chelsea FC which had two years left to run and is ending at his request.”

Sarri led Chelsea to top three finish and Europa League triumph. He joined the club as a replacement for Antonio Conte over the summer as the later fell out of favor with the club hierarchy and prominent players. For Sarri, it is a return to his homeland joining Juve.