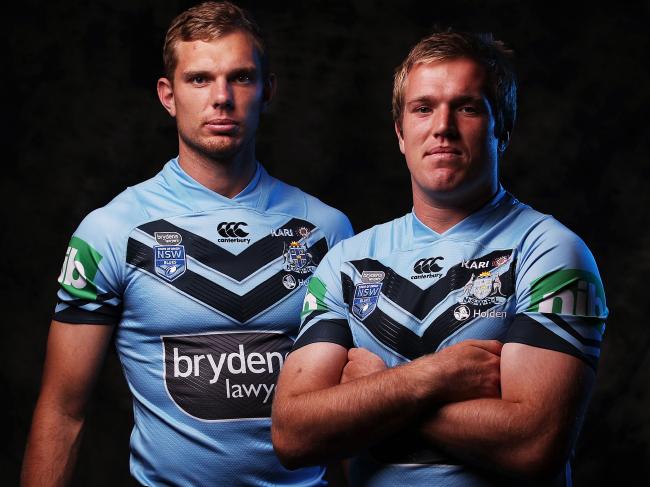 Manly brothers Jake Trbojevic and Tom Trbojevic have allegedly agreed to a super-deal with Manly after knocking back a record rival offer.

The NSW State of Origin stars reportedly agreed to terms with Manly on Thursday — on the final day before the November 1 deadline that allows rival clubs to officially sign the star duo.

The Trbojevic brothers had said all the way through their contract negotiations that they wanted to remain at Manly — and proved it when they reportedly knocked back an offer from Canterbury recently to come and inspect the club’s facilities amid rumours of a bumper Bulldogs offer.

It comes after The Daily Telegraph first reported the pair had agreed to five-year extensions worth around $10 million.

Joel Thompson quits the booze after a horrifying accident