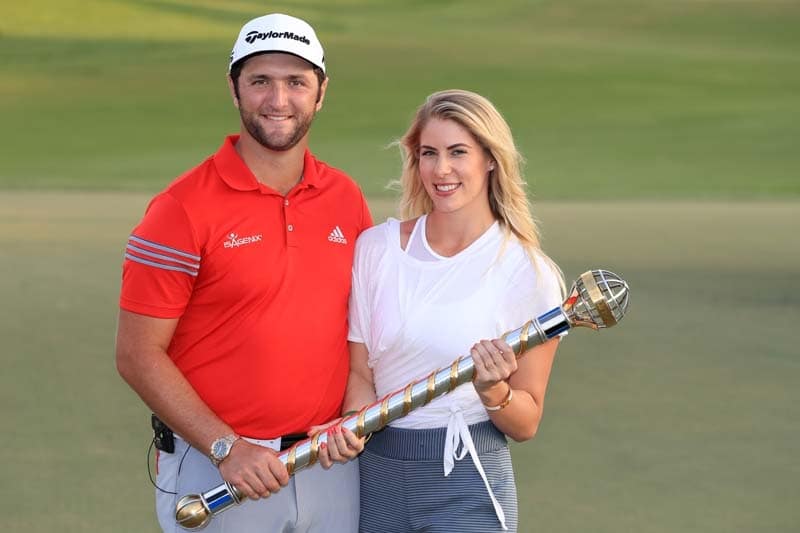 For Jon Rahm it was literally snatching victory from the jaws of defeat as he lifted his fourth PGA Tour title on Sunday. Although he began with a four-shot lead late two-penalty resulted in his advantage sink to three. However, he held his nerves to wade through this disadvantage to win the Memorial Tournament. He also secured the top position with the win dislodging Rory Mcllroy.

The 25-year-old began his final round, bolstered with a four-shot lead at the Muirfield Village Golf Club, but that shrank to three before he eventually won his fourth PGA title.

Spectators are still banned and there was eerie silence around when Rahm joined his childhood idol Seve Ballesteros as the only Spaniards to grab the top ranking.

“I don’t know how to describe it,” said an euphoric Rahm. “It’s been a goal since I was 13-, 14-years-old. I remember I heard a story on the radio from my swing coach back in Spain, Eduardo Celles. We were driving somewhere and he asked me what my goals were and my ambitions and this and that, and I remember telling him I’m going to be the best player in the world.”

There was late drama involved, when Rahm was later given a two-shot penalty as his ball moved while addressing the shot at 16. Although Rahm wasn’t aware of that penalty, it was great that he manged to win at the end. “As unfortunate as it is to have this happen, it was a great shot, serious,” said Rahm. “What it goes to show is you never know what’s going to happen.”

“So I’m glad I grinded those last two up-and-downs because had I missed both of them, plus the penalty stroke, maybe Ryan finishes strong, I would be in a playoff, and I’m glad I finished it off good. But it did move, so I’ll accept the penalty, and it still doesn’t change the outcome of the tournament.”