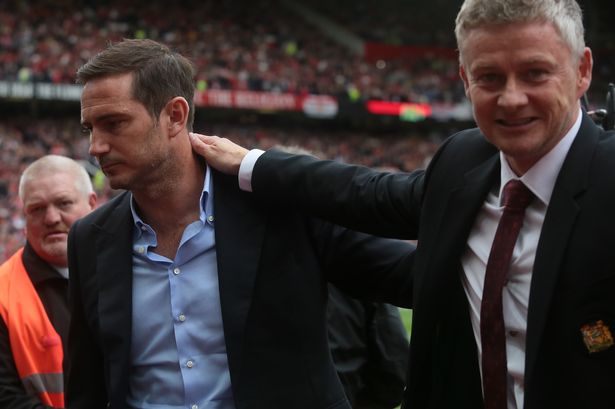 Manchester United manager Ole Gunnar Solskjaer took umbrage at Chelsea coach Frank Lampard’s comments that VAR favored Man United this season saying it is the other way round. Ole hits back at Lampard for this comment ahead of their FA Cup semifinal match on Sunday.

Lampard referred to a contentious VAR decision that went United’s way when Crystal Palace’s Wilfred Zaha had been fouled but no penalty was given. It was a “clear and obvious decision” said Lampard.

However, this hasn’t gone down well with Solskjaer who fumed at Lampard saying that United have been wronged in several instances this season. Chelsea and Man United are locking horns for a Premier League top-four spot. United sitting at fifth trail Chelsea at third by one point.

The United manager pointed out incidents when they have been at the receiving end of the VAR, while playing against Tottenham Hotspur, Southampton, and West Ham. “So it’s actually me that should be complaining that we get decisions against us on the pitch by the on-pitch referee,” Solskjaer said.

“There’s a narrative there but we have to focus on our games, we let other people talk about that. I don’t want to go too much into it because I might be in trouble.”

Man United will square off against Chelsea tomorrow in the FA Cup semifinal at the Wembley Stadium.