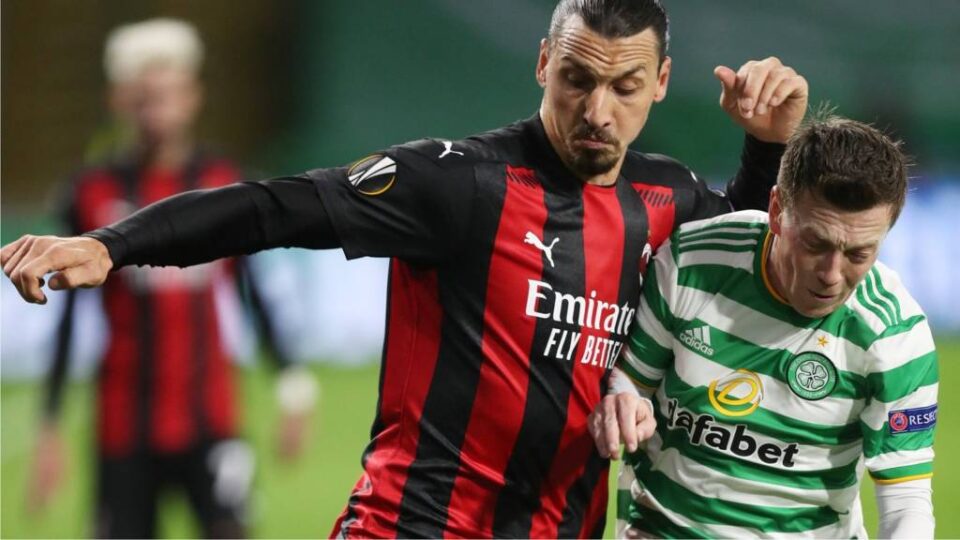 AC Milan turned up the heat further on coach Neil Lennon and his side by recording a 3-1 victory over Celtic in their opening Europa League encounter.

The show was stolen by Zlatan Ibrahimovic while Celtic came into the game with their backs against the wall after the 2-0 defeat to Rangers on Saturday and fared badly on that day as well at Celtic Park.

Rade Krunic led the Italians in front (14) before Brahim Diaz doubled the lead with a neat low finish (42).

Celtic came back into the game after the break once they switched to a back four and Mohamed Elyounoussi gave Lennon’s team a hope in the 75th minute. However, they were unable to force an equaliser.

Jens Hauge wrapped up the points in stoppage time as AC Milan stretched their unbeaten run in all competitions to 21 matches.

On the other hand, Zlatan Ibrahimovic provided plenty of intrigue in an AC Milan starting XI, that incuding Sandro Tonali, who replaced Ismael Bennacer.

Castillejo swooped in from the right and flighted a cross in for Krunic to get in between defenders Stephen Welsh and Shane Duffy to direct his header past Vasilis Barkas.

Tom Rogic replaced skipper Scott Brown in the 64th minute but it was another replacement, Elyounoussi, who gave Celtic a lifeline when he headed in from Christie’s delivery. The home side played their heart out but in the second minute of three added, Milan broke and Alexis Saelemaekers played in Hauge and his fellow substitute slipped the ball past Barkas.

The stadium was empty but Celtic played as if they were cheered by fans all around. However, they could hardly do anything and were hit by an Italian sucker punch.