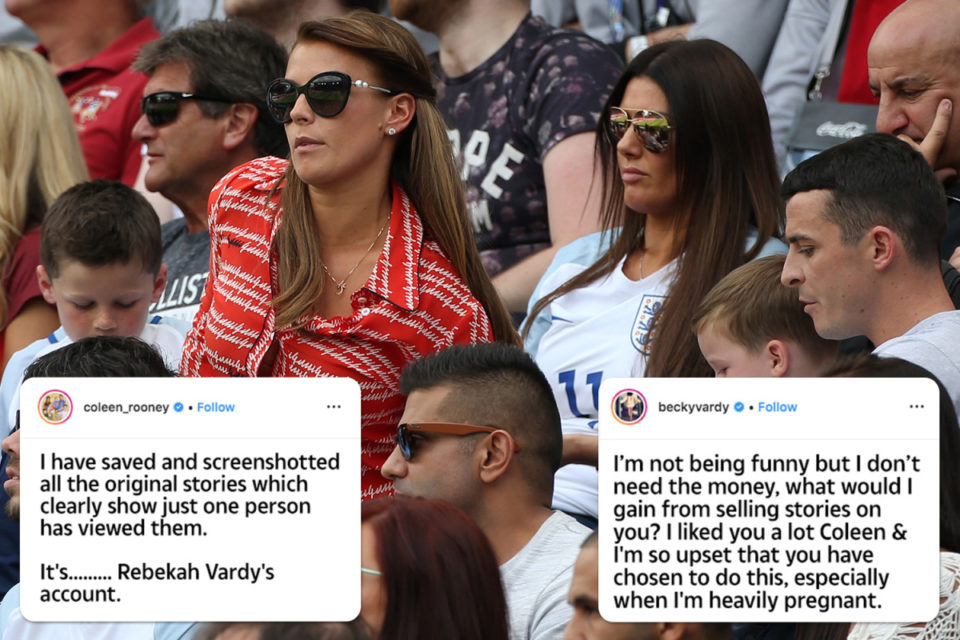 According to reports, Wayne Rooney’s wife, Coleen, accused Rebekah Vardy for leaking her private stories. In a post to her 1.3 million followers, she claims that it was Rebekah Vardy’s account that shows that only one account has viewed her stories, and that’s Vardy’s.

Rebekah Vardy, who has 90,400 Twitter followers and is known for appearing in a reality TV show in Britain is the wife of Leicester striker Jamie Vardy, who played for England’s national team alongside Wayne Rooney.

Coleen took to her twitter and posted about how for past five months she has been trying to figure out who was sharing the stories, from blocking people from viewing her Instagram page except for a one account to posting “a series of false stories to see if they made their way into” the newspaper.

Coleen concluded her tweet by saying that her private investigation showed “just one person has viewed them. It’s ……….Rebekah Vardy’s account.”

Vardy however, denied leaking any information.