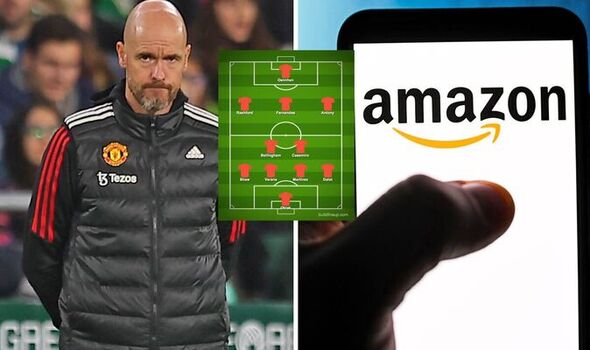 Amazon have apparently surfaced as a prospective candidate to purchase Manchester United from the Glazer family. The Red Devils’ present owners announced last month that they intend to investigate “strategic alternatives,” which may result in the club being sold.

“Manchester United plc, one of the most successful and historic sports clubs in the world, announces today that the company’s board of directors (the “board”) is commencing a process to explore strategic alternatives for the club,”

“The process is designed to enhance the club’s future growth, with the ultimate goal of positioning the club to capitalize on opportunities both on the pitch and commercially.”

“As part of this process, the board will consider all strategic alternatives, including new investment into the club, a sale, or other transactions involving the company.”

“This will include an assessment of several initiatives to strengthen the club, including stadium and infrastructure redevelopment, and expansion of the club’s commercial operations on a global scale, each in the context of enhancing the long-term success of the club’s men’s, women’s and academy teams, and bringing benefits to fans and other stakeholders.”

What reports say for Amazon and Manchester links?

According to a recent rumour, the Glazer family, who originally purchased Man United in 2005, is hoping to sell the organisation for between £6 billion and £7 billion by the end of March.

The Athletic notes that specialists in the City of London believe that this price is inflated. According to the same article, “those close to the talks” have mentioned the American multinational e-commerce business Amazon as the newest name to be associated with purchasing Manchester United.

However, a spokeswoman for the company stated that they “den to comment on rumour and speculation.” Jeff Bezos, a multibillionaire, founded Amazon in 1994. Currently, Amazon has a £30 million annual arrangement with the Premier League to broadcast games.

They also have a sleeve sponsorship with Serie A’s top team, Napoli. In spite of rumours that the American multinational technology corporation was mulling a move for the club, the article claims that Apple has no interest in submitting an offer to purchase Man United.

Both the British billionaire Jim Ratcliffe and the Spanish billionaire Amancio Ortega have been mentioned as potential purchasers of Manchester United, however the latter has disqualified himself from buying any Premier League team after also being associated with Liverpool.

Man United is one of the most decorated clubs in world football, having won three Champions Leagues, 12 FA Cups, and five EFL Cups in addition to 20 English Premier League championships.

However, the Red Devils have only won three major championships and have gone five seasons without bringing home any hardware since the iconic manager Sir Alex Ferguson left in 2013.

In addition to competing in the Europa League, where they have a tantalising playoff match against Barcelona scheduled for February, Erik ten Hag’s team is presently fifth in the Premier League standings, three points behind the top four and 11 points behind league leaders Arsenal.