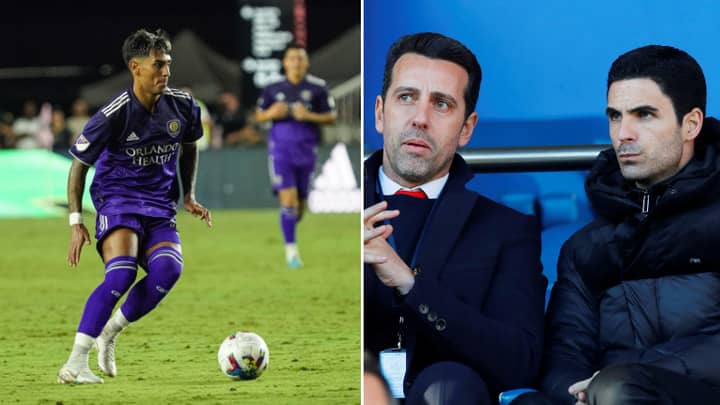 Arsenal are interested in signing Facundo Torres of Orlando City, according to a report from the agency of the attacker. The 22-year-old Uruguayan moved to the MLS team in January from Penarol for almost £7 million, and in 40 appearances across all competitions since then, he has tallied 13 goals and 10 assists.

According to one rumour, Arsenal is reportedly considering making a move for Torres when the January transfer market opens as a result of the forward’s success in the USA.

Toni Lima, a London-based scout who has identified South American players like Neymar and Philippe Coutinho, will be meeting with Edgardo Lasalvia, Torres’ agent, to discuss the possibility of the forward joining the Premier League.

Lasalvia has also acknowledged that Arsenal is interested in signing Torres, but that “nothing advanced” in terms of a possible transfer to the Emirates Stadium at the moment.

Mikel Arteta, who will purportedly be given £50 million to spend in the winter window as the North Londoners try to boost their Premier League title quest and he has reportedly identified the 10-cap Uruguayan international as a potential target.

After a successful start to the 2022–23 season, winning 10 of their first 12 games, Arsenal is presently atop the Premier League standings.

Arteta’s preferred attacking trio this season has been Bukayo Saka, Gabriel Martinelli, and summer acquisition Gabriel Jesus. However, Arteta has also given opportunities to Eddie Nketiah, Reiss Nelson, and Marquinhos in the final third.

How will Facundo Torres fit in the Gunners squad

The arrival of Torres might be seen as a less expensive alternative to players like Mykhaylo Mudryk, Cody Gakpo, and Moussa Diaby, who have all been linked with a move to the Emirates and Arteta may yet be tempted to expand his attacking options.

Orlando is not currently under any pressure to sell one of their prized assets, who has a contract with the MLS team through December 2025.

Ricardo Moreira, the technical director of Orlando, recently praised Torres’ “development” since his arrival at the club earlier this year and expressed his optimism that the Florida-based team will fend off interest in the forward’s services.

“He’s a guy where all I have to say is that the sky is the limit. Kudos to the Wilf family (Orlando’s owners), who helped us doing such an investment because I think it’s all paying off. There’s more to come from him and I hope we can stay with Facundo as long as we can.”

Torres has been selected for the nation’s 55-man provisional squad, which will be cut to 26 players by November 13, with the goal of representing Uruguay at the 2022 World Cup.