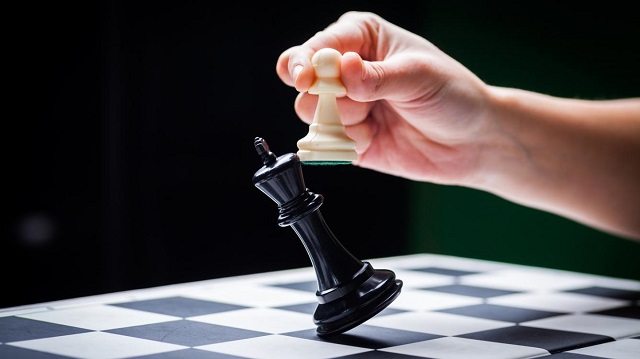 The All India Chess Federation has come under absolute mess ever since the time chief selector of AICF GM RB Ramesh has resigned from the post citing ‘interference’ from officials of warring factions. This is not a new thing which AICF has not dealt with over the past few months as the federation has been divided into two factions, one led by AICF president P.R. Venketerama Raja and the other one by Secretary Bharat Singh Chauhan.

Both the rival factions of the AICF are at loggerheads since long now and have kept their nerves high in putting allegations on each other on various issues. In a recent move, the resignation of AICF chief selector GM RB Ramesh has come as a major shocker for the entire federation, especially at a time when FIDE Online Chess Olympiad is about to begin from July 22 to August 30. The 32-day event will be played in four stages online competitions – Swiss Tournament for titled women players, Play-Off Qualifiers, Grand Prix, and the Super Final.

The selection process for the Olympiad and the final names to be sent for the same sparked a major controversy of this entire fiasco. Both the warring factions had earlier called a temporary truce after both of them sent similar teams within a span of one day. If going by the statements of AICF Secretary Vijay Deshpande, who belongs to Raja Camp, the team has been approved by the chairman of the selection committee – GM RB Ramesh and the president. However, the Chauhan faction had come up with a similar squad. He had said that the players had been picked as per the AICF central council’s selection criteria.

The infighting between the warring factions of All India Chess Federation is going on for long and as per the present fettle, it doesn’t seem to come to a halt anytime soon. It is to be recalled that in the month of April, the AICF decided to approach Union Sports Ministry seeking intervention in conducting elections.

Currently, the All India Chess Federation is being governed by a five-member committee, which includes Vipnesh Bhardwaj, Naresh Sharma, Bhavesh Patel, International Master Neeraj Mishra, and Woman International Master Bhagyashree Thipsay. In fact, the power tussle is so much so that two warring factions now have two different websites, aicf.in, which claims P.R. Venketrama Raja as president and aicf.org.in, which claims Ajay Patel as President.

AICF secretary Mr. Bharat Singh Chauhan, in his exclusive conversation with Power Sportz, said that this infighting within the federation is only because of his rival faction headed by Mr. P.R. Venketrama Raja, who doesn’t want to solve any issue on amicable terms and moreover is happy with the blame game which is persisting in the federation.

“Through your channel (Power Sportz.tv), I would like to request Mr. P.R. Venketrama Raja to sit and discuss across the table. There are certain things which can’t be tolerated like corruption on which I had already informed to the government. There are clear cut cases of forgery, wherein people are taking govt’s money illegally. If there is any sort of corruption happening in the federation, then it’s my duty to inform the president(P.R. Venketrama Raja) and even after listening to this the president backs them, then outbreak tends to happen. I am not ready to take this responsibility that corruption is because of me.”, said Mr. Bharat Singh Chauhan when asked whether the infighting within AICF can be resolved on amicable terms.

In a recent development, the case regarding elections in the All India Chess Federation will be heard by the Madras High Court on July 29. The faction headed by president PR Venketrama Raja has sought the appointment of a returning officer and Secretary BS Chauhan’s faction has been asked to submit their views by July 25. Since the house is divided into two groups, only elections can help in bringing back things to normalcy.