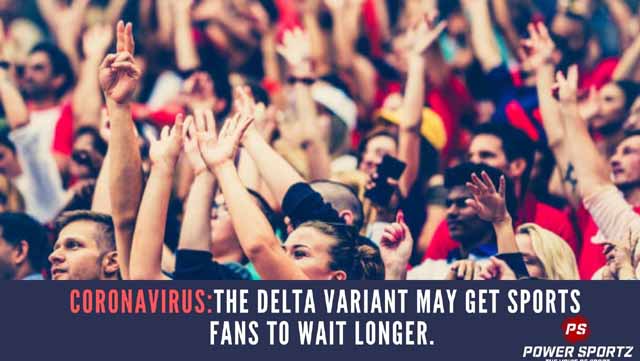 Prime Minister Boris Johnson is expected to specify what and how much the delay to the final relaxation of coronavirus restrictions will mean in an address to the nation. It is believed that the original date of June 21 is set to be pushed back by up to a month longer

Sports has already been affected all over the World with the Wimbledon being canceled last year, the IPL being stalled halfway through amongst many other events put off. As things seemed to be coming seemingly under control in UK, Prime Minister Boris Johnson’s expected announcement delaying the final stage of easing coronavirus restrictions is likely to have a significant knock-on effect for sports fans.

A surge in cases of the Delta variant of Covid-19 first identified in India has led to concerns globally as the new variant seems to be the dominant strain now in , any country. On Monday, the Prime Minister is likely to put on hold for four weeks plans for the lifting of controls – slated for June 21

The Euro 2020, which is undoubtedly a big event for football fans will directly be impacted at  Wembley’s hosting of the semi-final and final.  Wimbledon and other major events like Formula 1’s British Grand Prix and golf’s Open Championship are some of the other events that could be impacted by the extended lockdown

Gareth Southgate’s side opened up their campaign with a 1-0 victory over Croatia, watched by 22,500 supporters who gained entry with proof of a full Covid-19 vaccination or a negative lateral-flow test taken within 48 hours of the match.

The Football Association (FA) and UEFA has been looking at various methods of reducing or minimizing social distancing at games staged at the national stadium – to a potential 45,000 for the semi-final and final.

However, that now appears a remote possibility  with Covid restrictions set to extend

Organisers of Wimbledon who bore the brunt last year. have been awaiting the Government’s decision on whether to make preparations for step four of the coronavirus road map to provide more clarity on how attendance at sporting events will be handled.

BCCI WINS 4800cr ARBITRATION AWARD, BUT HAS IT PAID ITS DUES TO GOVERNMENTAL BODIES?