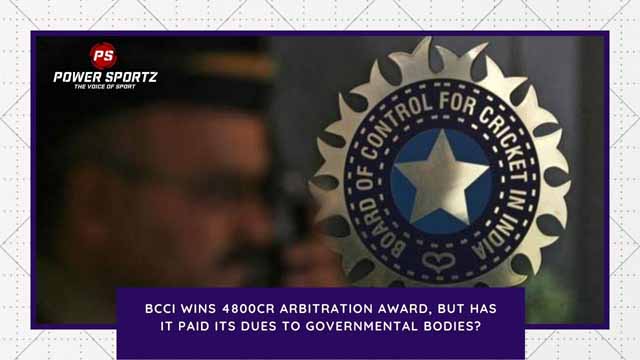 BCCI seems to have designed innovative and alternative sources of revenue in the midst of the Pandemic. Sensing a shakiness right from the Lodha Committee reforms times only to be amplified during the first wave of COVID, in 2020, it saw itself putting its creative intelligence at its best. But, this time it’s off-field.

27 of its elite contracted players had not been paid since December 2019 till much after the financial year was over. The board had not paid match fees for the two Tests, nine ODIs, and eight T20 games that the national team has played since December 2019. The total amount which is paid by the BCCI every year when all grades clubbed together is Rs 99 crore. Grade A+ cricketers include Virat Kohli, Rohit Sharma, and Jasprit Bumrah who receive Rs 7 crore annually. Grade A players get 5 crores; grade B gets Rs 3 crore, and grade C is allotted Rs 1 crore. The match fees for each Test, ODI, and T20 are Rs 15 lakh, Rs 6 lakh, and Rs 3 lakh, respectively.

BCCI won an arbitration against the World Sports Group (WSG) which earned the governing body a total of ₹850 crores.

In July 2020, An arbitral panel consisting of Supreme Court Justices (Retd) Sujatha Manohar, Mukunthakam Sharma, and S.S. Nijjar stated that the IPL media rights agreement for overseas territories with WSG by the BCCI, was closed on June 28, 2010. This decision would let BCCI appropriate amounts to the tune of ₹850 crores lying in an escrow account. The matter went to adjudication after

WSG staked their claim over the profit they would have made if BCCI had not terminated the agreement. WSG also wanted damages, for the wrongful cancellation of the agreement. However, the BCCI

stuck to its stand that it was a case of cheating.  After 10 years since Lalit Modi’s removal, BCCI has recovered the facilitation amount and won the right over ₹850 crores in an escrow account.

Elite Indian cricketers are taken care of by the Board of Control for Cricket in India. The next tier – ones who have Indian Premier League (IPL) contracts — have also been taken care of thanks to the cash-rich tournament. However, the vast majority of domestic players, the ones who toil in Ranji Trophy, Vijay Hazare, and Syed Mushtaq Ali without an IPL contract, have struggled financially over the last year or so. The BCCI, the world’s richest cricket board, is yet to work out a compensation scheme for them.

As the richest cricket body of the World continues to focus on its Legal Skills and acumen,  In a major relief the Bombay High Court on Wednesday set aside an arbitrator’s order that directed it to pay over Rs 4,800 crore to Deccan Chronicle Holding Ltd (DCHL) in a dispute pertaining to termination of Indian Premier League (IPL) franchise team Deccan Chargers (DC). With this double whammy in less than a year’s time, the richest cricket board gets richer by 5650 crores just through Arbitration and Awards.

CCI re-imposes penalty of Rs522.4 million on BCCI for abuse of dominance

In May 2018, The Competition Commission of India reimposed a penalty of Rs522.4 million on the BCCI on the grounds that it had abused its dominant position in the market by:

The BCCI argued that it is a not-for-profit organisation established to promote cricket in India and does not engage in any kind of commercial activity with the aim of profiting;

Aside from re-imposing a penalty of Rs522.4 million, the CCI directed the BCCI to:

How much BCCI has complied with the CCI order is not available in the public domain. Perhaps more accurate information on compliance with the fines imposed and the directions given can best be elicited once BCCI decides to come under the RTI.

Coronavirus: The Delta Variant may get Sports fans to wait longer