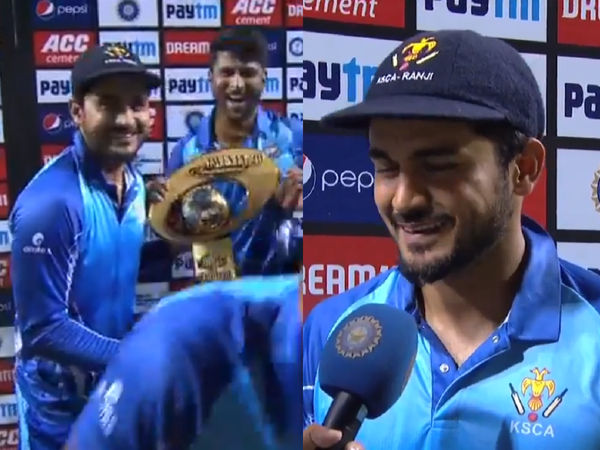 Just a day before his wedding, Karnataka Captain Manish Pandey after showing his sharp fielding skills on the field for Karnataka in their 1-run win over Tamil Nadu in the Syed Mushtaq Ali Trophy final in Surat.

Hours after Sayed Mushtaq Ali trophy, Pandey flew to Mumbai, but before that he made sure that he is there for his state team for the final match. Pandey is allegedly getting hitched to Indian film actor, Ashrita Shetty on Monday in Mumbai.

The 26-years-old actress has mainly featured in Tamil films. She has worked in many films; however, she rose to fame after working in Udhayam NH4 alongside Siddharth.

After Karnataka’s win, Pandey said, “Looking forward to the India series, but before that there is another important series for me, I am getting married tomorrow.”