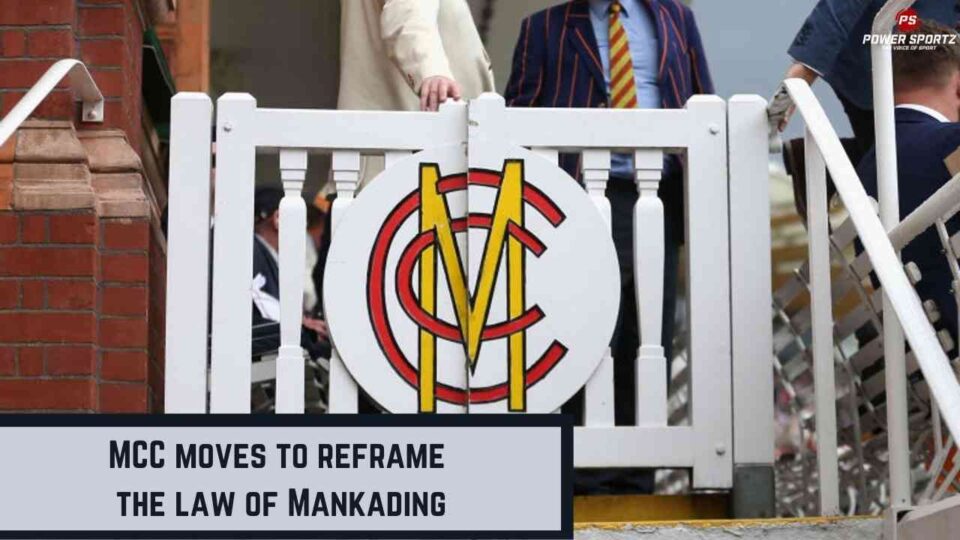 The Marylebone Cricket Club (MCC) has tried to reinterpret the law around running out the non-striker while backing up, a practise known as Mankading, and has requested a permanent ban on the use of saliva to shine the ball in the future, among a slew of other recommendations.

Every run-out of a non-striker by the bowler in his delivery stride, which was originally categorised under Law 41 (Unfair Play), has often resulted in a divided house. It has now been relocated to Law 38 in an effort to further de-stigmatise the practise (Run out). The law’s text, on the other hand, remains unchanged.

“Since the publication of the 2017 Code of the Laws of Cricket, the game has changed in numerous ways. The 2nd edition of that Code, published in 2019, was mostly clarification and minor amendments, but the 2022 Code makes some rather bigger changes, from the way we talk about cricket to the way it’s played.”

“It is important that we announce these changes now as part of the Club’s global commitment to the game, giving officials from all over the world the chance to learn under the new Code ahead of the Laws coming into force in October.”

What are the other changes in the law of the game suggested by MCC?

The MCC has also proposed a permanent ban on the use of saliva, saying that any application of it to the ball is prohibited and will result in the ball’s state being unjustly changed.

In a statement released by MCC on 9th March, MMC stated

“The new Laws will not permit the use of saliva on the ball, which also removes any grey areas of fielders eating sugary sweets to alter their saliva to apply to the ball. Using saliva will be treated the same way as any other unfair methods of changing the condition of the ball,”

The change is a complete 180-degree reversal of the provision that was generally permitted until the epidemic caused a worldwide lockdown in early 2020, resulting in the rewriting of interim playing conditions in most variants of the game. The saliva ban was thought to be just temporary at the time.

The MCC, on the other hand, said that saliva had little or no effect on the amount of swing bowlers were obtaining. Adding further, they also mentioned about the ‘Hygiene’ as one of the major concerns in the game. Thus, ICC and national bodies must now adapt, endorse, or change these modifications, among others. Most MCC proposals are adopted without much modification.

Meanwhile, there were also few other changes being suggested by MCC in the law of the game.

MCC proposal for other changes in the law