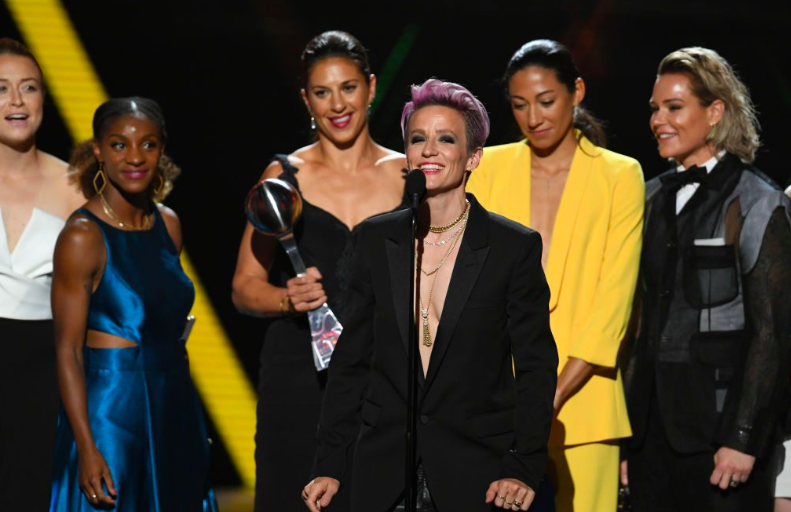 US women’s soccer team co-captain and the most topical female athlete in America, Megan Rapinoe suffered a wardrobe malfunction at The ESPYs when accidentally she revealed a little bit more about herself while kissing her partner at the awards night.

The mishap happened as Rapinoe got up from the front row and kissed her partner, forcing her black tuxedo jacket open as she turned. Rapinoe was there with her teammates to collect the best team award.

ABC cameras captured the sight, but the content was edited out. However, astonished viewers took to Twitter to share their sightings. “Oops, ABC accidentally showed Megan Rapinoe’s wardrobe malfunction on live TV. #ESPYS,” that is what people were tweeting on Twitter.