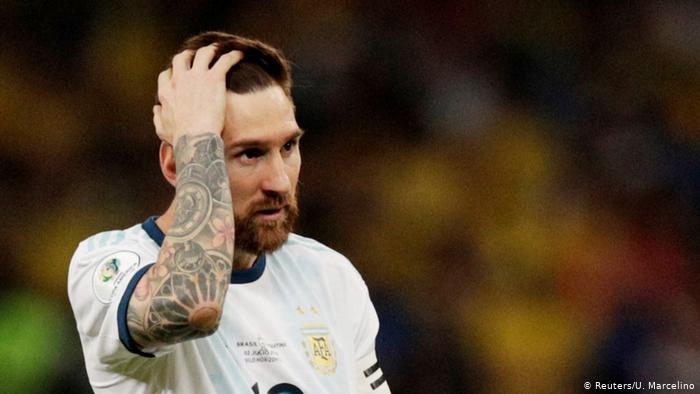 Here is sad news for all the Messi FANS. The Argentine star will be seen in his national team until November as a result of the outburst last month.

Lionel Messi was suspended from international duties by South American Football Federation, popularly known as CONMEBOL, this suspension is for three months, which will last until November.

Fans will miss seeing the 32-years-old in friendly matches in September against Mexico and Chile, plus another two in October versus Germany. Because Messi will not be playing for Argentina for the next three matches and he has been given a $50,000 (£41,000) by CONMEBOL for his controversial comments made during the Copa America.

The whole event happened due to the accusation Messi made against South America’s football governing the body of corruption following the red card he received in Argentina’s 2-1 third-place playoff win against Chile.