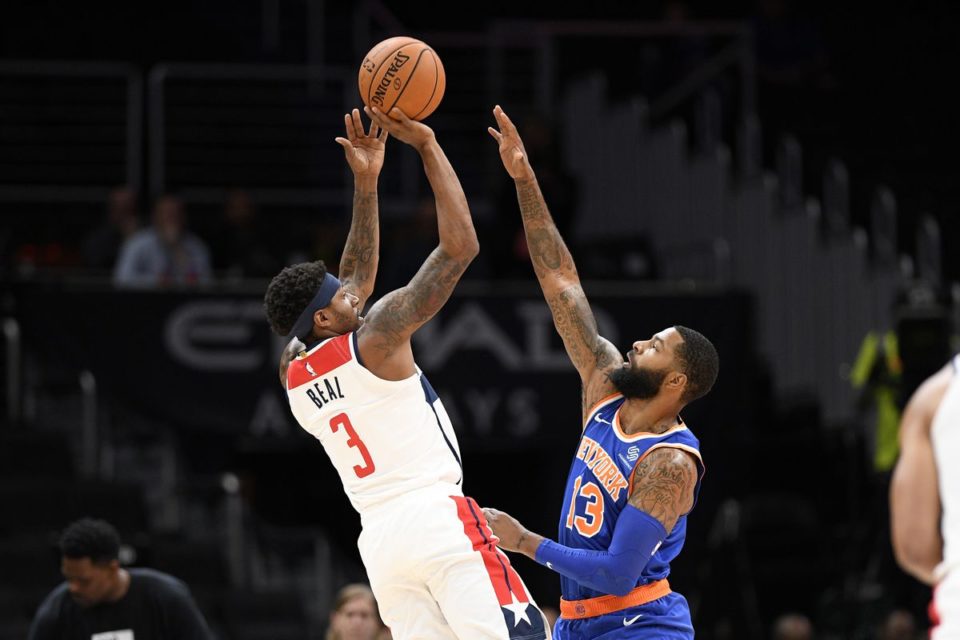 An NBA star Marcus Morris has been ejected in a pre-season game after he had a heated confrontation with Justin Anderson.

The regular season has not yet started though, however Morris was almost fired on Tuesday. Morris had 17 points in the first half, and when he walked up the court to play the second half where Anderson was already waiting for him. Both of them exchanged words before Elfrid Payton allegedly gave the ball up to the forward.

The moment Anderson got up close in defense things got heated between the two. First, Morris swung his left elbow across Anderson’s chin, after which the Wizard turned to the referee to complain.

And then Morris bounced the ball off Anderson’s head.

After the game, Morris said, “You know, if that was regular season I wouldn’t have done that. I know my team needs me, and I’ve got to be smarter, and set a better example. But like I said in the beginning, we ain’t taking no s**t, so it what it is.”