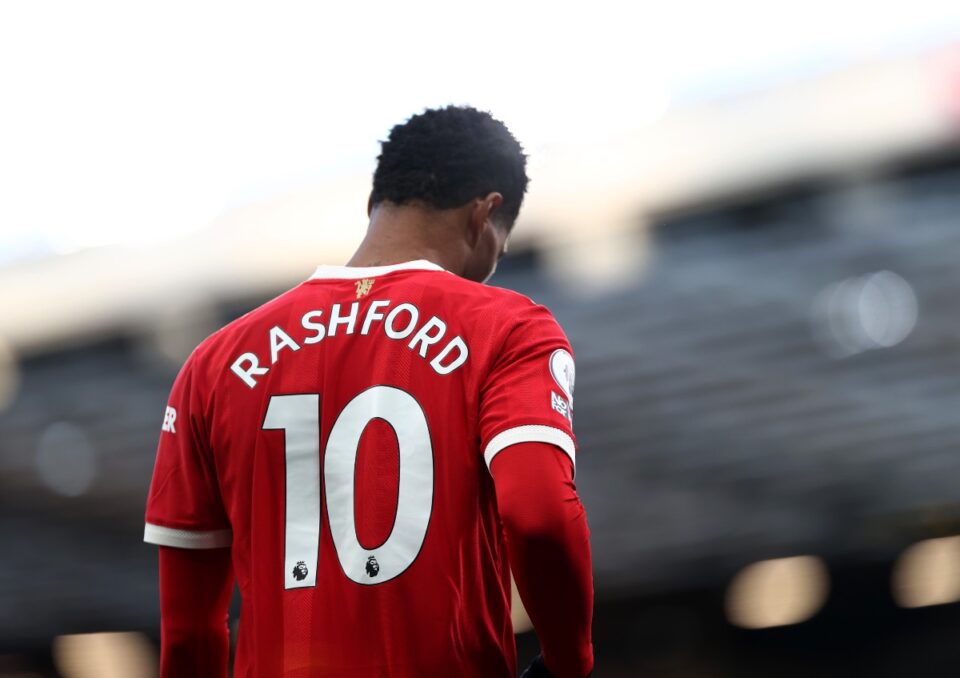 Despite rumours about his future, Marcus Rashford has said he is “100%” committed to Manchester United.

Since Paris Saint-Germain is rumoured to be interested in the forward, the future of the England international forward at United has recently come into question. The striker has played in both of United’s Premier League games this season. However, he is yet to hi the ground running.

Rashford has stated to Sky Sports News that he is committed to United despite rumours of a transfer away from Old Trafford.

“100 percent. For me that’s a non-negotiable. The one thing that remains the same is your dedication and your commitment to training and the games.”

“I feel like whatever the situation is I have to give 100 per cent for myself, family, friends and the fans.”

The 24-year-old was also questioned about whether he might be able to devote his entire playing career to the Red Devils. The England international said

“For me, I have always wanted to be at Manchester United for as long as possible and be competing for trophies at the club.”

“Hopefully we can get back to doing that and it’s something that I’m definitely pushing to do.”

Rashford to stay at United for a longer time

Rashford has started both of United’s league games this year, which have ended in defeats to Brentford (4-0) and Brighton & Hove Albion (2-1).

In response to the recent struggles United has faced, the Englishman acknowledged:

“It’s been tough, don’t get me wrong.

“It’s something to work towards and definitely right now the team is a work in progress. We have to understand the situation we are in and just keep pushing ourselves everyday.”

Rashford concluded by speaking on Erik Ten Hag’s arrival at the club:

“I think it just takes time to adapt. I think some managers we have adapted quicker than what we thought. The bottom line is that you get there and feel comfortable doing the stuff that the manager wants you to do. And also enjoying it.

When United and Liverpool square off in the Premier League on Monday night, Rashford is anticipated to get the start.