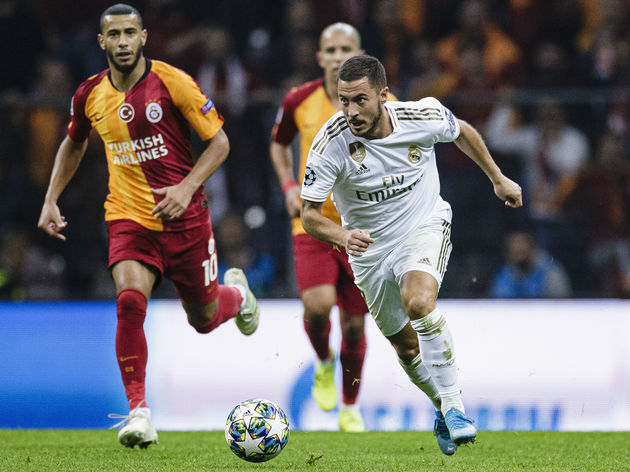 According to reports, Turkish powerhouse Galatasaray is interested in Real Madrid‘s Eden Hazard, a winger. Since joining the Santiago Bernabeu for £103 million from Chelsea in the summer of 2019, the 31-year-old has struggled to make an impact, primarily owing to injuries.

In 67 appearances for Los Blancos in all competitions, Hazard has only scored six goals and tallied ten assists, which includes just one goal and two assists in 23 games he played in the last season.

According to a report from last month, manager Carlo Ancelotti has authorised the club to sell the Belgian international, who has two years left on his contract. Galatasaray is getting ready to approach Real Madrid and explore a move for Hazard this summer, according to the Turkish news outlet Fotomac.

According to the sources, Galatasaray would easily convince the Spanish powerhouses to trade Hazard, albeit the deal’s viability may depend on the player’s pay. Lucas Torreira and Dries Mertens, who came from Arsenal and Napoli respectively, these are just two of the major additions that Galatasaray have made thus far this summer.

With Hazard as their target, the 23-time Turkish Premier League champions are hoping that Mertens, Hazard’s international teammate from Belgium, can convince him to join them in Istanbul.

At the close of the previous season, Hazard made it known that he and his family are content in Madrid and that he is eager to establish his value for the team.

“The coach (Ancelotti) knows that I still have two years here. The first three years have not gone well. I want to show everyone what I can do,”

“I’m still in my dream, I’ve always dreamed of this. My life goal has been to play here. My family has always been happy here, [and] even now they are.”

Ancelotti intends to deploy Hazard as a false nine this season if the Belgian decides to stay in the capital city of Spain.

Hazard often plays as a winger, but on Sunday, he came off the bench for the final 30 minutes of their La Liga match against Almeria and partnered with Karim Benzema in a centre role as Los Blancos rallied to win 2-1 away from home. Hazard usually plays as a winger.

Marco Asensio, a colleague of Hazard, is said to have been offered to Liverpool by his agent Jorge Mendes.

With only 12 months left on his contract, the 26-year-old has dropped down the pecking order under Ancelotti and faces an unclear future at the Bernabeu.