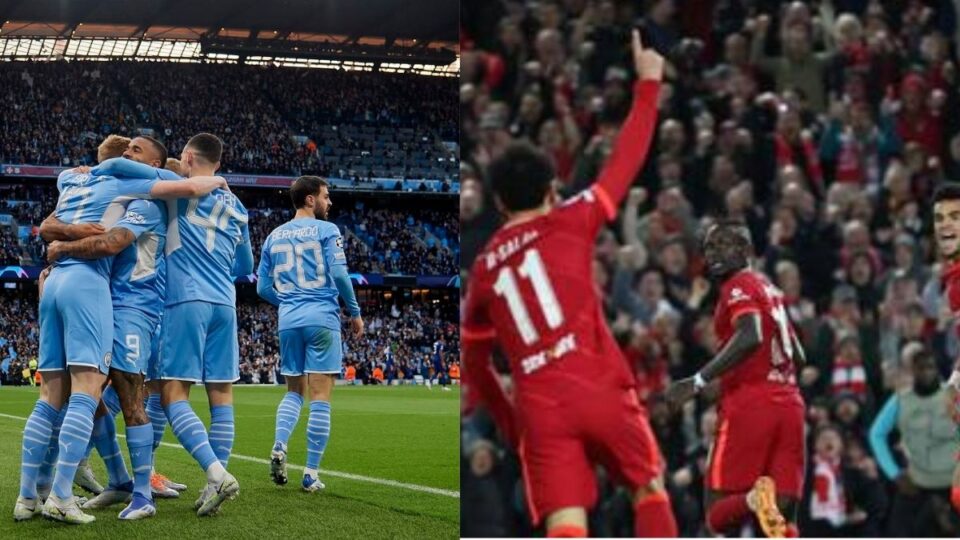 The 2021/22 UEFA Champions League competition has reached to the semifinal stage and Two teams across England and Spain each will battle it out to set the stage for the grand finale on 28th May 2022 at Stade de France.

In the 1st semi-final, Manchester City defeated Spanish Giants Real Madrid by 4-3 at the Etihad Stadium.

In the 2nd Semi-final, Liverpool defeated the surprise package of the tournament Villarreal by 2-0 at Anfield.

To start the proceeding to 2022 UCL final, England champions Manchester City welcomed Real Madrid at Etihad. The match turned out to be a 7-goal thriller with the Sky Blues winning the 1st leg by 4-3.

This was only the 2nd time in the history of the competition that both sides scored 3 or more goals in a semi-final tie. With this, Man City became only the 3rd team to win 3 consecutive UCL matches against Real Madrid. This was the 6th time Los Blancos lost the 1st leg of the UCL semi-final.

Whenever Madrid have lost the first leg on the previous 5 occasions, the Spanish side have failed to qualify for the finals.

Meanwhile, in the 2nd semi-final, Liverpool hosted Villarreal and comfortably defeated them by 2-0. With this, now, the Reds have won the 1st leg of UCL knockout stage for the 15th time. Out of those 15, Liverpool have gone on to progress in 13 games while the only exception being in 2001-02.

Moreover, Villarreal have now failed to win an away game in England in their previous 9 fixtures. Thus, now, Liverpool have won 9 games in this season’s UCL competition, which the most in the history of the club in a single campaign.

Liverpool and Manchester City looks favourite to proceed and it might turn out be an all-English final in the UCL this season.