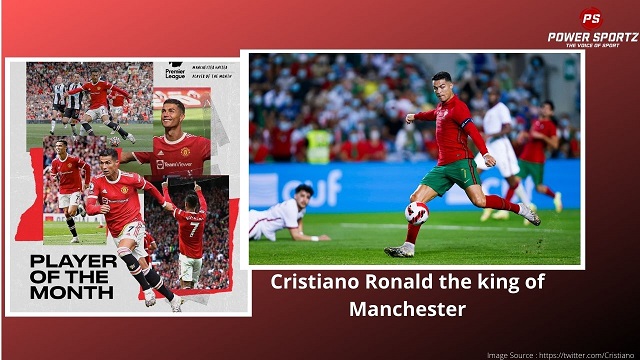 Cristiano Ronaldo rejoined Manchester United in the summer transfer window for 15 million euros. The Portuguese captain had left Manchester in 2009 for Real Madrid in a transfer which cost 94 million euros. In Madrid Ronaldo became a superstar scoring over 450 goals and providing 132 assists in 438 matches. Ever since his move, Ronaldo has won nearly every footballing award possible and has become one of the best footballers in the world.

Ronaldo has been incredible for his club this season. The showstopper has been able to scored five goals in seven matches. This lead to the 34 year old awarded the Premier League player of the month award. United are two points off the top of the table and are in contention win the English league this season.

Cristiano Ronaldo has had a phenomenal start this season

Despite scoring two goals in the two matches of the UCL United lost 2-1 to BSC Young boys. This has resulted in them coming third in their group. The Red Devils will need to improve their form in the Champions League and must win all the remains matches. The club play Atalanta on the 21st of October in the third match of the UCL. In addition to improving their Champions League form they must focus on their defensive unit and keep more cleansheets.

Ole Gunnar Solskjaer must revolve his team around Ronaldo and Bruno Fernandes is he hopes compete for the Premier League title this season. Do you think Cristiano Ronaldo can help lead Manchester United to many titles this season?