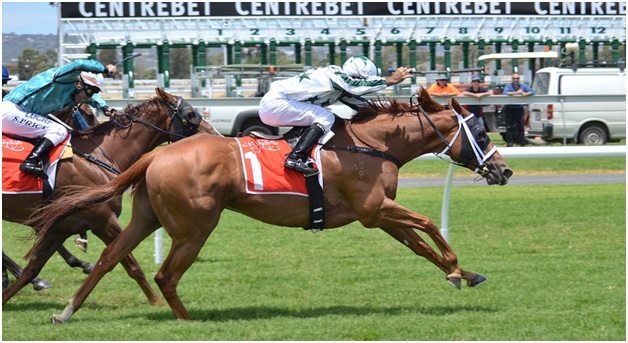 The Del Mar Thoroughbred race park is all set and ready for this year’s Breeders’ Cup Challenge. On November 5 and 6, this newly dubbed fourth jewel of the U.S. Triple Crown Series will highlight another line-up of great racehorses today. Not only that but winners of this year’s Triple Crown show are also expected to be the biggest favorites to grace the show.

The 2021 Breeders’ Cup Challenge is a two-day event consisting of fifteen categories at stake. One of the most anticipated events is the Breeders’ Cup Classic. It is the main event of the said racing show, which features well-accomplished racehorses vying for almost six million-dollar purse prizes.

While waiting in excitement for the Breeders’ Cup Challenge that will come in a month, this is the best time you scout for the deserving horses to bet on. That said, here are the current odds ranking of some entries, which you can also find in most trusted betting sites like https://www.tvg.com/promos/breeders-cup/breeders-cup-odds/.

Sitting in the second rank is the Whitney Stakes winner Knicks Go. Together with Essential Quality, Knicks Go is an entry by Brad H. Cox for the Breeders’ Cup Classic this year. His records do not get far away with his stablemate. Knicks Go was a 2021 Pegasus World Cup titleholder and a top finisher at the Prairie Meadows Cornhusker Handicap.

Maxfield hustled at Saratoga last August to compete with Knicks Go at the Whitney Stakes but settled as the second best. With this, he currently has the third rank in the Breeders’ Cup odds. His other impressive achievements this year include titles he earned from the Stephen Foster Stakes, Alysheba Stakes, and Mineshaft Stakes.

The recently concluded winner of the Pennsylvania Derby is taking a step closer to the Breeders’ Cup this November. He currently takes the fourth rank.

Hot Rod Charlie is Doug F. O’Neill’s entry, who also won the Louisiana Derby last March. Not only that, but this horse was also a third-placer at the Kentucky Derby, second-placer at the Belmont Stakes, and a runner-up at the 2020 Breeders’ Cup Juvenile.

Tripoli, the Pacific Classic Stakes hero, is one of the dark horses in the Breeders’ Cup this year. After earning his recent victory, he takes sixth place in the odds ranking. He is John Sadler’s entry which only gained his Allowance Optional Claiming victory last June. Last July, he won his first stakes race title as the second-placer at San Diego Handicap.

Steven Asmussen is not only sending Max Player this year to the Breeders’ Cup but also Midnight Bourbon. Since he entered the trails this year, Midnight Bourbon secured four runner-up placements which are the Louisiana Derby, Preakness Stakes, Travers Stakes, and Pennsylvania Derby. Earlier in January, Midnight Bourbon debuted at Lecomte Stakes, where he took home the title.

Mishriff is the only horse from Ireland who takes impressive odds for today’s Breeders’ Cup Challenge. He recently earned the Juddmonte International Stakes last August 8. Not only that, but he also conquered both the Saudi Cup and Dubai Sheema Classic last February and March.

Bob Baffert is undoubtedly not missing any racing show this year, especially not the Breeders’ Cup. His entry Median Spirit takes 9th place in the current odds ranking after clinching the Shared Belief Stakes last August.

Also, this horse was this year’s Kentucky Derby winner and took third place at the Preakness Stakes. Besides that, he won some prestigious horse racing placements this year, like Santa Anita Derby (2nd) and San Felipe Stakes (2nd).

Every year, the Breeders’ Cup Classic is starred by the most vigorous racehorses who want to build a solid legacy in this sport. Furthermore, it is also one of the most attended horse racing events not only by the fans but by bettors who want to take a chance of earning a huge amount of money.

Therefore, there is no time to slack off as this is the best time to find which horse can win the Breeders’ Cup title this year. With the help of the current odds ranking above, picking the real winner will be easier.