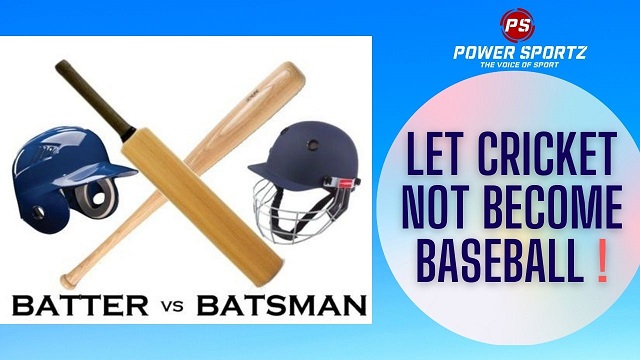 The five S’s of sports training are stamina, speed, strength, skill, and spirit; but the greatest of these is Spirit.

Baseball just came as simple as a ball and bat. Yet, as complex as the American spirit, it symbolizes  A sport, a business, and sometimes almost even a religion. So, is the case with Cricket. Cricket plays an indispensable role in the lives of Indians. It is not a mere sport but a festival in India. People here celebrate it with utmost dedication, devotion, and love. Cricket and the craze of Indians for it is commendable.

It would in fact be very easy to classify football as a religious faith as well because of the impact it has upon those who follow it with such passion. Fans who would follow their team across the earth in an effort to be there when the team they love and worship has crowned a champion of some kind.

Any Sport should be played not only within its Laws but also within the Spirit of the Game. Any action which is seen to abuse this spirit causes injury to the game itself

Baseball and Cricket have a lot in common. Both are bat and ball games. Both have batsman and bowlers, and fielders Both games at times use two umpires. Both games involve running between wickets while the fielding team tries to stop runs from being scored.

But, there is a difference!

Baseball, often referred to as America’s National Pastime has had a very active role in the shaping of the American nation. The game has been regarded as a diversion and an immediate morale booster to lift up the spirits of people, during tough times. Baseball historically was a great source of pride with teams travelling from town to town to immediately boost and entertain crowds and act as an instant source of gratification, fast-paced.

Cricket as a game is supposed to be played in a more structured manner, with more rules on what not ought to be done, the focus being more on detailing the roles and responsibilities of the Captains and the Umpires during the course of play.

While baseball is regarded as America’s National Pastime, Cricketers are penalized for wasting time. Diversion is what Baseball is supposed to achieve for the average American, while distraction is looked at with doubt, in Cricket.

Clearly, the spirit behind both the Sports is like chalk and cheese.

The fast-paced shorter T10 format of the game of Cricket and now the new 100 ball format of the game is being positioned to attract a younger demographic who has never played cricket.  It’s probably an attempt to get cricket as close to baseball. The International Cricket Council(ICC) has been quick to realize the ramifications of encouraging such dilutions of the spirit of the game which perhaps could be having more business interests than core messaging to the youth.

With not a single T10 International event being organized by the ICC and with its clear intention not to do so for the next 10 years, and with the T20 format making its way from the next edition of the Asian Games and almost a certainty at the future Summer Olympics, the new 100 ball format of the game definitely has some difficult roads ahead!

BCCI WINS 4800cr ARBITRATION AWARD, BUT HAS IT PAID ITS DUES TO GOVERNMENTAL BODIES?