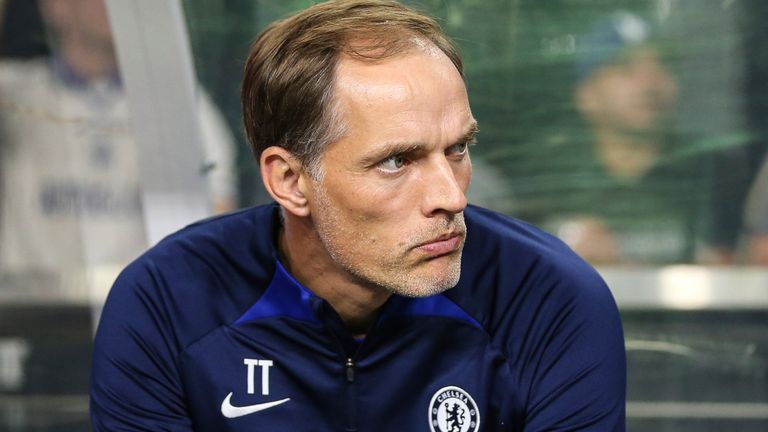 As many as five first-team players could potentially leave Chelsea this summer, according to head coach Thomas Tuchel. Romelu Lukaku was previously granted permission by the Blues to return to Inter Milan on a season-long loan,

One of the many reasons behind Tuchel saying that the Blues are not yet fully ready for the next season is due to the fact that many key players are willing to leave Stamford Bridge this summer.

While Antonio Rudiger and Andreas Christensen also departed the team after their contracts expired and joined Real Madrid and Barcelona, respectively. The new chairman and co-controlling owner Todd Boehly has subsequently lavished the cash on Raheem Sterling and Kalidou Koulibaly.

The West Londoners intend to make more additions before the deadline of September 1, but there may also be a handful of departures from Stamford Bridge.

Darren Lewis of the Daily Mirror claims that Christian Pulisic, Marcos Alonso, Hakim Ziyech, Timo Werner, and Cesar Azpilicueta are all willing to leave the team this summer. Both Azpilicueta, 32, and Alonso, 31, want to sign with Catalan powerhouse Barcelona,

According to Lewis, though the former’s future at Camp Nou is still up in the air after Tuchel told the press that he could consider preventing the Spaniard from returning.

Will the listed five players leave Chelsea before this summer window ends?

Azpilicueta, who has spent ten years at Chelsea and has made 474 appearances across all leagues, has just one year left on his contract, and Alonso has the same amount of time left on his.

Ziyech has also lately been associated with Manchester United and AC Milan, with the former rumoured to have reopened negotiations to discuss the Moroccan’s availability.

The 29-year-old playmaker has struggled to secure a regular starting position under Tuchel and is rumoured to be exploring a move to San Siro, where he would team up with former Blues teammates Fikayo Tomori and Olivier Giroud. The playmaker has scored 14 goals in 83 outings across all competitions.

Werner is another player who wants to play regularly for the first team, yet Tuchel has pushed the German forward to prove himself worthy of a spot in the starting line-up.

When speaking to the media earlier this month, the 26-year-old, who still has three years left on his Chelsea deal, refused to rule out a potential departure from Stamford Bridge and felt that he needed to play more frequently before representing Germany at the 2022 World Cup.

Following the big-money arrival of Sterling, it is also thought that the long-term future of American international Pulisic is doubtful.

Pulisic, who started just 13 Premier League games last season, has not been a definite starter under Tuchel, Similar to Ziyech and Werner. Teams like Juventus and AC Milan are reportedly keeping an eye on the 23-year-old’s position.

A new central defender will be paid for using money Chelsea may receive from sales this summer, but a deal for top target Jules Kounde now seems doubtful as Barcelona appears to be getting closer to announcing the Frenchman’s signing at Camp Nou.