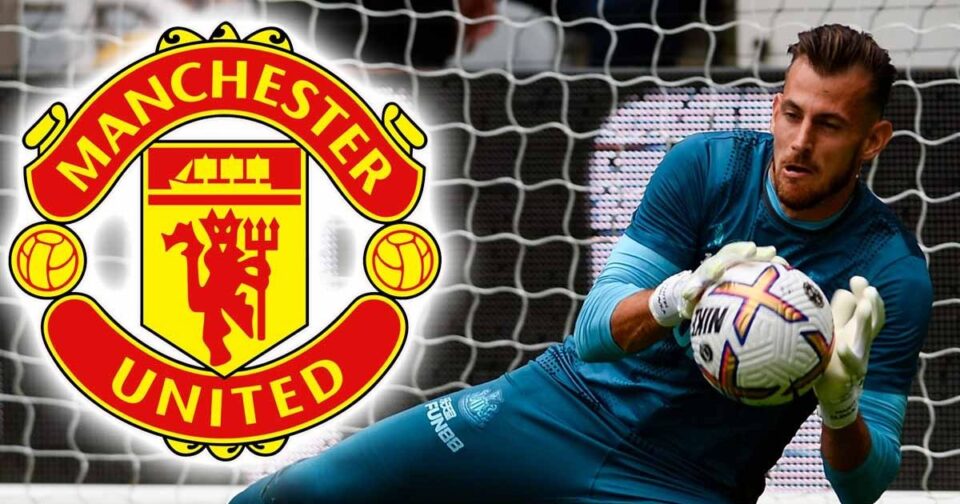 Martin Dubravka, the goalie for Newcastle United, is expected to join Manchester United on loan after passing his medical.

The Red Devils’ top choice to replace Dean Henderson, who will spend the 2022–23 season on loan with Nottingham Forest, has emerged as the 33-year-old. United and Newcastle are believed to have reached an agreement for Dubravka to join them on an initial season-long loan with a £5 million buyout option.

According to a recent source, the Slovakian goalkeeper is eager to transfer to Old Trafford, and has also reached a personal agreement with the 20-time Premier League champions.

Dubravka arrived to United’s Carrington training facility on Tuesday in the afternoon for his medical, which he underwent that same evening, according to journalist Fabrizio Romano.

Romano adds that a formal announcement would be made after the goalie signs his United contract on Wednesday morning. Since moving to Newcastle from Sparta Prague in 2018, Dubravka has played 130 times for the Magpies in all competitions over the course of the last four years.

The club’s starting goalkeeper, the 29-cap Slovakian international, has been replaced by summer acquisition Nick Pope, who has started each of Newcastle’s first four Premier League contests.

Dubravka, who is rumoured to be looking for a new challenge, was left off the matchday squad for the 1-1 draw at Wolverhampton Wanderers last weekend.

Thus, this was an indicator of his move away from Newcastle before the transfer deadline this summer.

Although he has confessed that he would love to maintain hold of the goalie, Eddie Howe, the head coach of Newcastle, has confirmed that discussions have taken place between the two clubs over a transfer for Dubravka.

“Discussions have taken place between the clubs. I don’t think anything is concluded as I sit here now. From my perspective, I’m sad if Martin does leave, sad to see him go,”

Howe said at a press conference ahead of Wednesday’s fixture away at Liverpool.

“It’s certainly not something we necessarily wanted as a football club, but we understand there are always two sides to every story.”

Meanwhile, Man United has announced that they have agreed to terms with Ajax to sign attacker Antony in a deal that could be worth up to £85 million.

On Monday night, the 22-year-old passed his medical exam, and an official announcement of his arrival at Old Trafford is about to follow.

Erik ten Hag is expected to sign Dubravka and Antony as his fifth and sixth summer acquisitions, following the arrivals of Christian Eriksen, Tyrell Malacia, Lisandro Martinez, and Casemiro.