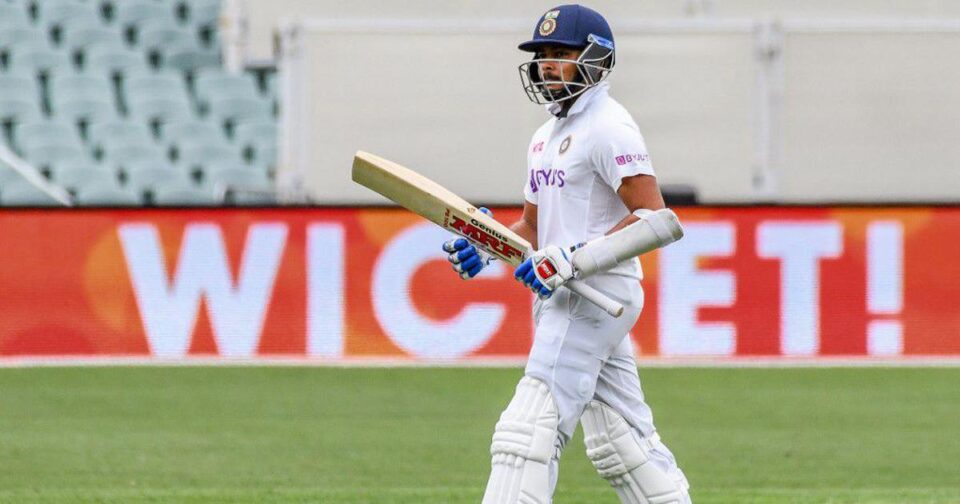 In the first Test between Australia and India that started on Thursday an eerie prediction by Ricky Ponting came true just minutes later when Indian batsman Prithvi Shaw got out.

Ponting, who was Shaw’s coach in the IPL franchise Delhi Capitals is aware of the techniques and flaws of the youngster. Shaw got out for a golden duck in the first session of the first Test against Australia at the Adelaide Oval.

Ponting was sitting in the commentary box for 7 cricket when play started in the pink-ball Test. It was there when Ponting explained how Shaw has a tendency to leave a gap between his bat and pad while playing in-coming deliveries.

“If he (Shaw) does have a chink in his armour it’s the ball which does come back into him,” said Ponting after Shaw defended left-arm Mitchell Starc’s first ball.

“He’s very comfortable playing the ball away from his body. He does get his head in line with the ball but he doesn’t commit his front foot to the line of the ball and quite often leaves a big gap between bat and pad and that’s where the Aussies will target. Starc will try and swing one back in the gate,” he added as Starc started his run-up for the second ball.”

Starc bowled a full in-swinging delivery outside the off stump and Shaw went for a drive. But the ball got an inside edge and went on to hit the stumps forcing the Indian opener back to the dressing room.

The 21-year-old Shaw has been in dismal form in recent times. In IPL 2020, he scored 228 runs in 13 matches he played for Delhi Capitals.

Even in the two warm-up games leading to the four-match Test series against Australia, Shaw scored 0, 19, 40 and 3. Interestingly, Shaw was picked ahead of Shubman Gill who had a better outing in the practice matches against Australia A by playing knocks of 0, 29, 43 and 65.