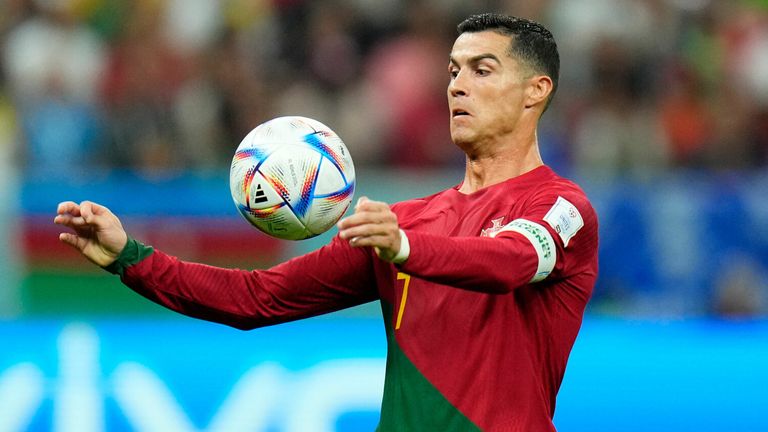 He has frequently been linked to moves to the Middle East. In the summer of 2021, Ronaldo made a triumphant return to Old Trafford, scoring 18 goals in his first season back, but Man United could only manage sixth place in the Premier League.

However, under Erik ten Hag, the Portugal international spent the majority of the 2022–23 season on the bench. In a fiery interview with Piers Morgan, he attacked the team. Ronaldo left the Red Devils for the second time after admitting that he had no respect for Ten Hag and criticising the Glazer family.

Al-Nassr was reportedly preparing a massive offer to get Ronaldo to Saudi Arabia, and according to BBC Sport, the Middle Eastern club has finally made contact. According to the report, Ronaldo could earn a staggering €200 million (£172.4 million) annually

if he accepted the offer, but he won’t decide on his future until after the World Cup. Despite being a free agent, the former Juventus and Real Madrid player signed a deal with Man United at the end of the summer transfer window, so any move he makes over the holiday season won’t be official until January 1.

Cristiano Ronaldo might reject the bumper offer from Al-Nassr

Even if he has few options on the continent, Ronaldo is thought to be eager to stay in Europe and continue playing in the Champions League.

If Ronaldo chooses to remain in Europe, it is thought that he will likely join Chelsea or Sporting Lisbon. According to Morgan, the forward is still committed to competing in the Champions League.

“He thinks that if he does well at this World Cup, he’ll get what he really wants, which is a club in the Champions League that extends his record and his legacy,”

“It’s not about money at this stage of his career. It comes down to a burning desire to play football at the highest level, to break records and win trophies. And he has done that in more countries than any other player in history.”

In Portugal’s three World Cup group games, Ronaldo scored once, become history’s first player to score in five different World Cups, and helping A Selecao advance as group champions to the round of 16.

In the quarterfinal matchup between Fernando Santos’ team and Switzerland on Tuesday at Lusail Iconic Stadium, Cristiano Ronaldo will be looking to snap a string of futile knockout losses.

The seasoned attacker has eight goals in group games since his 2006 tournament debut, but has yet to score in the World Cup knockout stages.