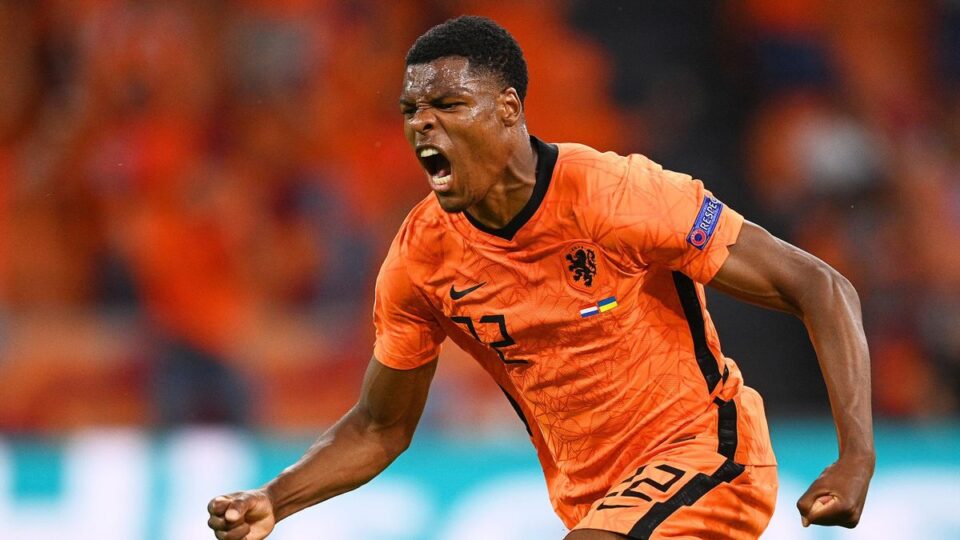 In the race to capture Inter Milan defender Denzel Dumfries, Chelsea is supposedly up against Real Madrid. The 26-year-old professional from the Netherlands joined the Nerazzurri in the summer of 2021 after departing PSV Eindhoven.

The Nerazzurri needed a replacement for Achraf Hakimi. Dumfries enjoyed a fantastic debut season with five goals and seven assists in 45 games, solidifying himself as Simone Inzaghi’s first choice on the right flank.

The former PSV player has continued to be a right-side attacking threat for Inter in the 2022–23 campaign, contributing two goals and three assists in 20 games across all competitions. In addition, Dumfries has started each of the Netherlands’ four World Cup 2022 games to date and turned in a performance worthy of man of the match in his team’s victory over the USA on Friday.

Before halftime, the Inter defender set up Memphis Depay and Daley Blind to give the Netherlands a 2-0 lead. Later in the 3-1 victory for his team, he volleyed home unmarked at the back post.

Dumfries has been widely linked to a move to Chelsea in January, while Spurs are also said to be interested in the Dutchman. However, according to Fichajes, Real Madrid has now joined the London competitors in the contest because Carlo Ancelotti believes Dumfries is the best candidate to succeed Dani Carvajal.

Real Madrid to go head-to-head with Chelsea for signing Dumfries?

According to the report, Dumfries’ attacking prowess has left Carlo Ancelotti impressed, and the defender would leap at the chance to join the Champions League champions.

Additionally, it is said that Inzaghi’s team is already considering Dumfries’ replacements, and the Nerazzurri have identified Angelo Preciado and Juan Cuadrado as viable candidates.

Dumfries was questioned by the media about his connections to Chelsea after the Netherlands defeated the USA to go to the round of 16, with Chelsea reportedly willing to pay more than Inter’s asking price to capture him before Real Madrid.

However, the right-back remained tight-lipped on his future, telling reporters:

In 65 games with Inter in all competitions, Dumfries has tallied seven goals and 10 assists. At San Siro, he has already won the Coppa Italia and Supercoppa Italiana.

When the Netherlands play Argentina in their World Cup quarterfinal on Friday, the 26-year-old is anticipated to keep his spot in the team.