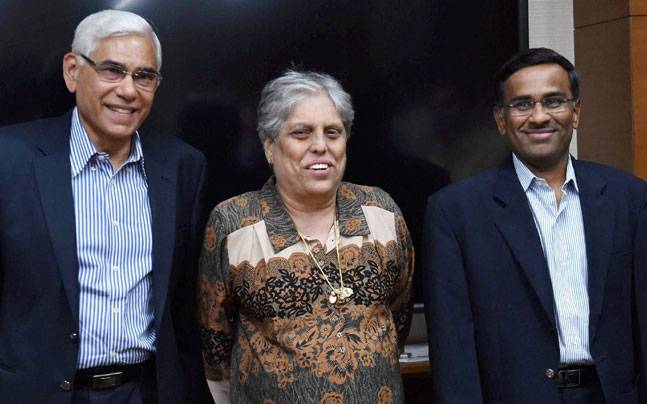 Most of the former cricketers blamed for conflict of interest are clueless about the whole issue. After a discussion with the CoA members on Monday, the former cricketers who participated appeared largely oblivious of what exactly conflict of interest means. While Tendulkar, Laxman, and Dravid skipped the meeting due to various reasons, Ganguly opted to join over skype from Kolkata.

Others who joined the meeting were Dilip Vengsarkar, Ajit Agarkar, Sanjay Manjrekar, Irfan Pathan, Parthiv Patel, and Rohan Gavaskar. According to reports, Ganguly categorically wanted to know what does ‘conflict of interest’ stand for. One of the cricketers who attended the meet said, “Now, most of us are confused as to what is a conflict of interest and what is not. There has to be a clear understanding of the entire process.”

The ‘conflict of interest’ was raised by a life-member of the MP Cricket board, which forced Tendulkar, Ganguly, and Laxman to relinquish the Cricket Advisory Committee (CAC) of the BCCI. The newly-formed CAC, headed by Kapil Dev recently re-picked Ravi Shastri as the head coach of Team India.

The minutes of Monday’s meeting would be forwarded to the SC-appointed amicus to take a final decision.