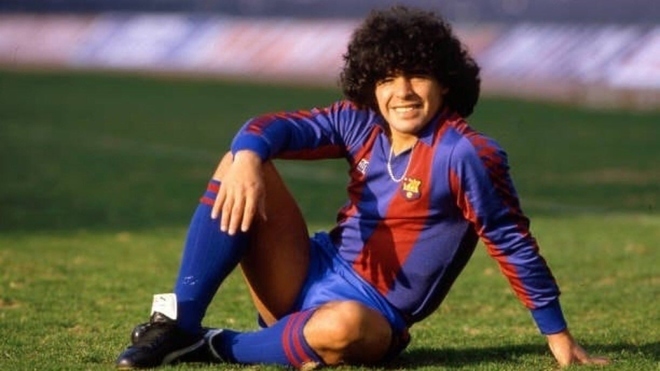 As the Argentina legend Diego Maradona died on Wednesday after suffering a heart attack, fans across the globe are in mourning along with players who played with him as well as the current crop of footballers.

Maradona propelled Argentina to the 1986 World Cup title and was widely considered to be one of the greatest players of all time.

Rich tributes are coming in from all over the world expressing their grief at the passing away of Maradona.

Right from the former greats to the current stars of football, have paid their homage to the legendary Maradona, who was nothing short of a magician on the field.

“What sad news. I lost a great friend and the world lost a legend.

“There is still much to be said, but for now, may God give strength to family members. One day, I hope we can play football together in the sky.”

“It is a very sad day for all Argentines and for football,” said Lionel Messi on Instagram. “He is leaving us but he is not going, because Diego is eternal.

“I will hold close all the beautiful moments I have lived with him and I want to take this time to send my most sincere condolences to all his family and friends. RIP.”

Cristiano Ronaldo, the Portugal and Juventus star also paid his homage to the departed legend with a post on his Instagram handle. “Today I’m saying goodbye to a friend and the world says goodbye to an eternal genius. One of the best ever. An unparalleled magician. He leaves too soon, but he leaves a legacy without limits and a void that will never be filled. Rest in peace, ace. You will never be forgotten,” he wrote.

Maradona was hospitalized in 2004, with severe heart and respiratory problems related to a long battle with drug addiction. He also had two gastric bypass surgeries to control his weight and also received treatment for alcohol abuse. Recently, he was discharged from the hospital on Nov. 11 after undergoing emergency surgery for a subdural hematoma several weeks ago.