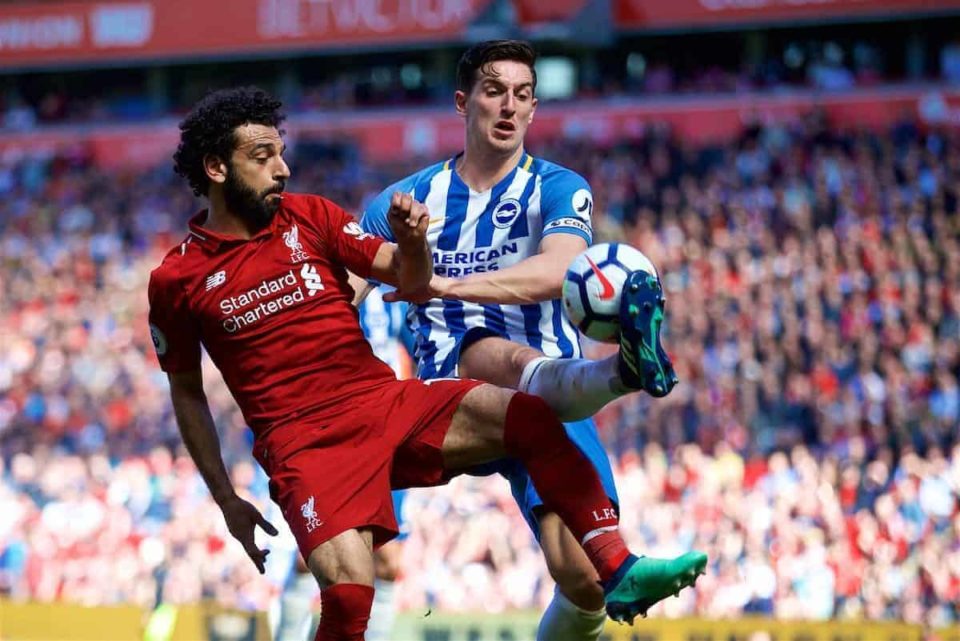 In their game against Brighton, drubbing them 3-1 on Wednesday, Mohamed Salah ensured Liverpool stay on track to make a new Premier League points record. Pep Guardiola’s Manchester City also showed some form with a five-goal routing of Newcastle.

A 100-point record established by Man City in 2018, Jurgen Klopp’s boys would try to edge past this benchmark bolstered by their first away win after February.

Liverpool are now at 92 points with nine away from a new record. They have four games left against Burnley, Arsenal, Chelsea and Newcastle to set the record.

On asked how crucial is it for him to make a mark with the points record, Klopp said, “It’s not important for me. I’m not interested in any of this but I want to win football games.”

“For sports people in general it might be important. We are champions and it could be softening but it is not. The boys go with everything,” he added. However, he is too enamored by his side’s performance of reaching 30 wins in a season, which is faster than any other side in English League history. “That’s unbelievable, I have no idea how we did that.”

Salah pierced the slack defense of Brighton in the sixth minute to net his 22nd goal of the season. It was further consolidated by Jordan Henderson with a curling finish from the edge of the area just three minutes later.

Although it was blunted by Leandro Trossard with a powerful strike in first-half stoppage time, Mo Salah’s 76th minute header sealed it for the Reds.