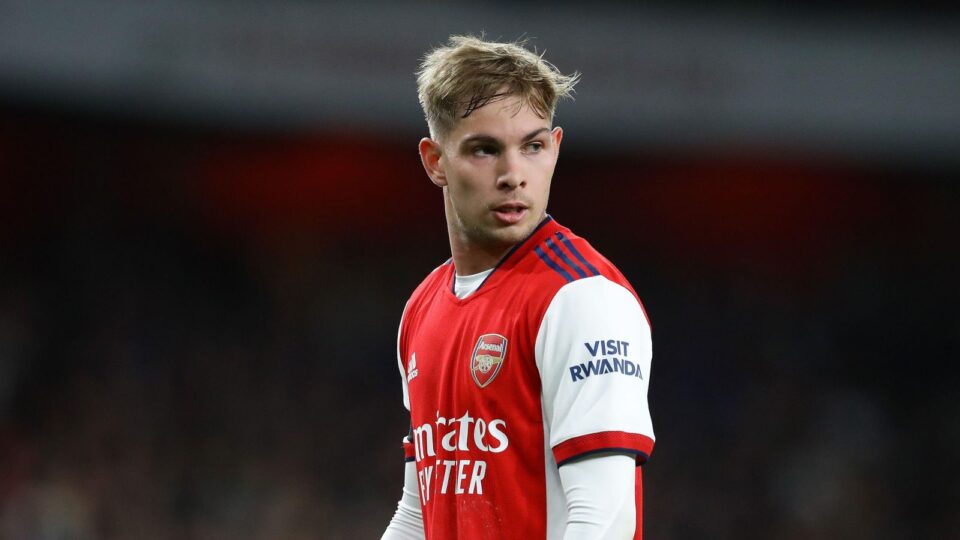 The thrilling evenings and amusing weekends will be back as the Premier League knocks on the doors of the English league lovers in a couple of days.

Mikel Arteta’s side has done a decent job in the transfer market this summer. While the Gunners have looked extremely delightful in their pre-season. One who impressed and pleased most Arsenal fans was the former Manchester City player Gabriel Jesus.

In the 3 club friendlies in which Jesus played, the Brazilian forward scored 7 goals, which also includes one hat-trick. Meanwhile, on the other hand, Arteta was seemed missing one of his midfielders who will also miss the Premier League opener for Arsenal.

The Englishman made 37 appearances across all competitions, contributing 11 goals and 2 assists. Although Smith Rowe scored 10 goals in the Premier League, he notably failed to regain his previous level of fitness in the second part of the season.

Thus, he was frequently benched by Mikel Arteta, who chose Gabriel Martinelli to replace him. Following the conclusion of the domestic season, the England Under-21 international participated in international activities as well.

Hence, at the moment he has been dealing with a muscular issue during preseason. Meanwhile, Arsenal will kick off the new Premier League season against the Eagles this Friday, but according to PA Sport journalist Mark Mann-Bryans, injury will prevent Smith Rowe from turning out.

While Left-back, Kieran Tierney, after recuperating from knee surgery, played in the preseason.

However, he has since developed a new injury in the same location, while Takehiro Tomiyasu is also dealing with a thigh ailment.

Ben White may start at right back for Arsenal against the Eagles as a result, with the new acquisition of Oleksandr Zinchenko making his professional debut on the left.

As Martinelli, Martin Odegaard, and Bukayo Saka are involved in the assault, William Saliba and Gabriel Magalhaes would team up in the centre of the backline.

In addition, Gabriel Jesus should receive his first competitive start in the red and white, with Matt Turner and Marquinhos taking the bench positions.

Bernd Leno has joined Fulham in an £8 million move, according to an announcement made by Arsenal ahead of Friday’s opening Premier League match, however, the Gunners will only get a £3 million advance payment.

The transfer of Lucas Torreira to Galatasaray is also anticipated, and Folarin Balogun’s loan to Ligue 1 team Reims is anticipated to be announced soon.