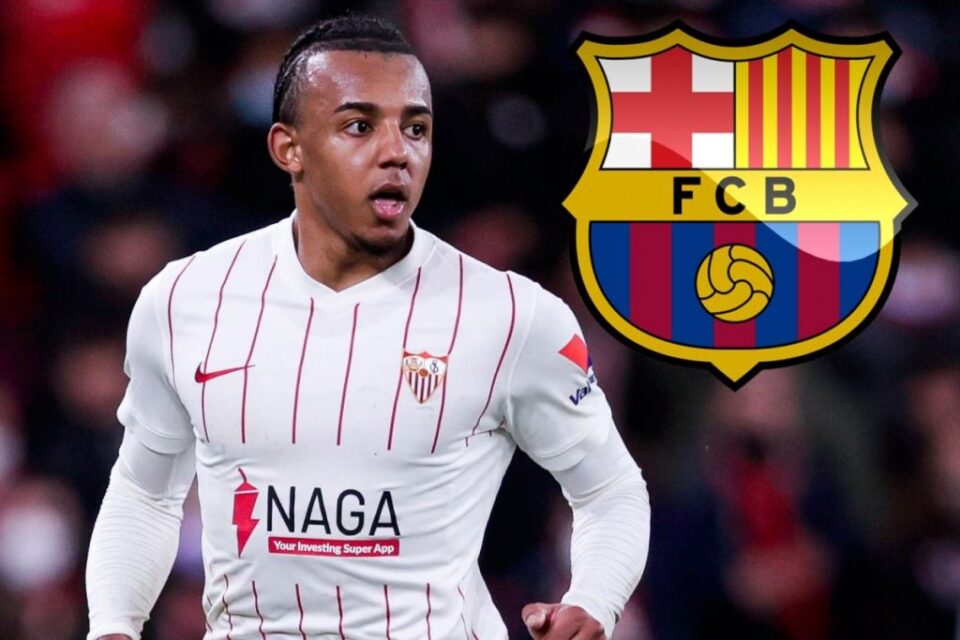 Jules Kounde, the centre defender for Sevilla, is reportedly on his way to Barcelona, according to a leak on their official club store website. This summer, the 23-year-old has been extensively linked with a transfer away from Los Rojiblancos, with Chelsea and the Catalan giants vying for his services.

Kounde thought to be getting closer to a £55 million transfer to Stamford Bridge earlier this month. According to a recent source, the defender opted to stay in La Liga and sign with Barcelona rather than accept a transfer to Chelsea.

Raphinha, a Brazilian winger, was previously signed by Barcelona this summer before Chelsea, who now appear likely to lose out on another of their main targets. Kounde’s prospective transfer to Camp Nou has not yet been officially confirmed by the Catalan club and Sevilla, but @Barca Buzz has discovered a leak on their official club store website that raises the possibility that a declaration will be made shortly.

Kounde’s name was on Barca’s list of alternatives for fans to choose which player they wanted to have on the back of their shirts, but the club has now removed this option. According to journalist Fabrizio Romano,

The same £55 million that Chelsea is willing to offer is said to be the final offer that Barcelona will make for Kounde. However, the payment arrangement will differ from that of the Blues’, with a lot of instalments anticipated given their current financial situation.

Barcelona are currently “leading the race” to sign Kounde, while Chelsea are still awaiting word from the player and Sevilla on their most recent offer.

Speaking on the Que Golazo podcast on Monday, Romano said:

“What I can also confirm is that Chelsea are not happy with the situation.”

“They are getting tired waiting because they have been waiting since last Wednesday or Tuesday to receive a green light from Kounde and Sevilla on £55m bid and a five-year deal offered to Jules Kounde.”

“And still, no green light for Kounde, so if Chelsea do not get green light today or tomorrow, they will be prepared to leave the deal and focus on other centre-backs.”

Chelsea, however, is likely to pass up another defender after previously being linked to both Matthijs de Ligt of Bayern Munich and Nathan Ake of Manchester City.

Milan Skriniar of Inter Milan may attract the Blues’ attention, and Josko Gvardiol of RB Leipzig is also rumoured to be on their radar.