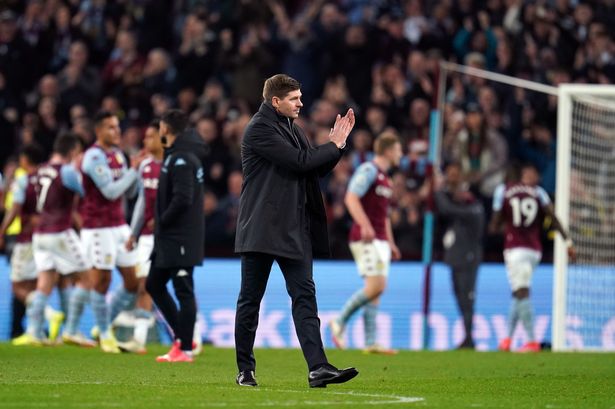 According to a source, Steven Gerrard, the manager of Aston Villa, has decided to part ways. Following a dismal 2022–23 season, the 42-year-status old’s at Villa Park has come under pressure recently.

Villa presently resides in 16th position in the table, only one point above the relegation zone, after losing five and drawing three of their first ten Premier League games of the season.

Prior to the 2-0 loss at home against Chelsea on Sunday, Gerrard, who took over for Dean Smith in November of last year, had his team go on a four-game unbeaten streak, with three draws along the way.

The former Rangers manager recently acknowledged that he “loves” the pressure that comes with leading Villa and is at ease with the high standards that both the team and the supporters have for his squad.

“I came here with big expectations for myself and a lot of belief. There should be expectations on me and this group. I’m only fine with that if it is realistic,”

“We continue to try to be the best we can be and move up the league. Expectations and pressure are all part of the job. We have got owners and a board that are extremely ambitious, that’s the pressure I’ve got, and I love it.”

“We’re competing in the most brutal and tough league out there. I can’t demand time or keep asking for it, I have got to deliver. The quicker I can do it, the better.”

However, Football Insider believes that Gerrard’s time as Villa’s head coach has come to an end because the organisation has chosen to fire the Englishman immediately.

Who can replace Gerrard?

According to the article, Mauricio Pochettino and Unai Emery have both been mentioned as candidates for the position of Villa’s new manager, who must be hired before the end of the month.

Despite leading the French powerhouses to the Ligue 1 championship last season, Pochettino was fired by Paris Saint-Germain during the summer and is currently without a job.

Since being fired, the former manager of Tottenham Hotspur and Southampton has been connected with a number of positions, but he reportedly would be open to taking over at Villa Park.

Emery, a former manager of Arsenal, is currently in charge of La Liga team Villarreal, however his contract with the club expires in the summer of 2019.

The 50-year-old led the Yellow Submarine to the Champions League semifinals last season after helping them win the Europa League in his debut season at the club in 2020–21.

If rumours are to be believed, Gerrard will follow Scott Parker, Thomas Tuchel, and Bruno Lage as the fourth Premier League manager to lose his job this year.