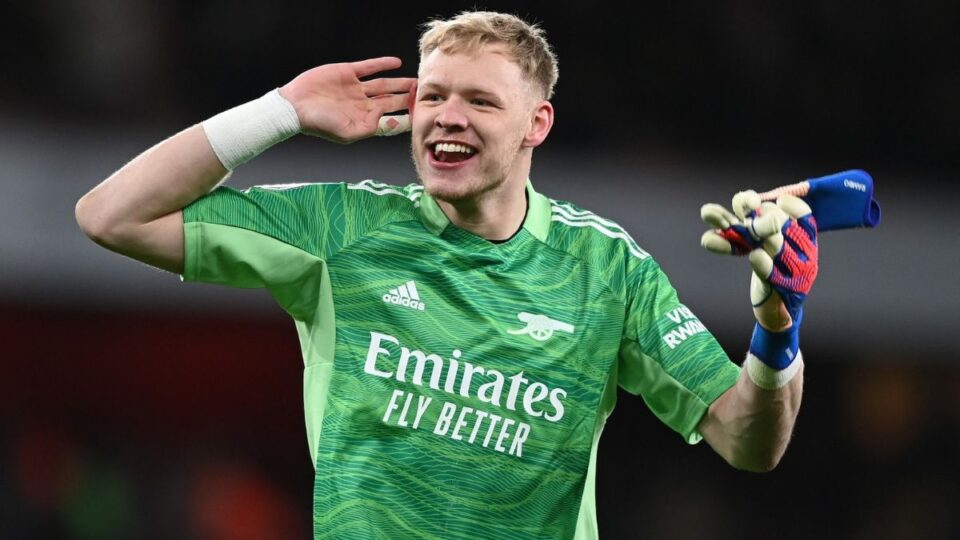 According to reports, Aaron Ramsdale will soon receive a new and improved deal from Arsenal. After joining Arsenal from Sheffield United last summer, the England international immediately replaced Bernd Leno as the team’s starting goalkeeper and won accolades for his performances.

In the 2021–22 season, Ramsdale kept 14 clean sheets across all competitions, including 12 in the Premier League as Arsenal just missed qualifying for the Champions League. The 24-year-old has kept four clean sheets while only allowing 10 goals in 10

Premier League games this season, helping Arsenal surge to the top of the standings. Upon moving to the Emirates in the summer of 2021, Ramsdale signed a four-year contract, but the Gunners do have the option to exercise a 12-month extension until 2026.

The Athletic claims that Arsenal is eager to reward Ramsdale for his contributions with a lucrative new deal as they look to sign other young players to longer-term deals.

Given his position as the unquestioned starter for a Premier League Big Six team, there is allegedly a “acknowledgement from all sides” that Ramsdale deserves a greater wage.

The former Bournemouth player has played 47 times for the Gunners so far, with 18 clean sheets. He is anticipated to be on the aircraft for England to the 2022 World Cup.

Aaron Ramsdale to extend his stay with Arsenal

In the near future, Arsenal is seeking to sign a host of up-and-coming starlets to new contracts, including Gabriel Martinelli, William Saliba, and Bukayo Saka.

Talks with the trio and their representatives are still ongoing, according to Mikel Arteta, and the report states that the most advanced discussions are with Saka’s support team.

The 21-year-old is under contract at the Emirates until 2024, but both player and manager anticipate a new deal to be agreed soon. The player placed seventh in the Kopa Trophy at Monday’s Ballon d’Or awards.

Martinelli’s contract, meanwhile, also has a remaining term of less than two years, although the Gunners have the option of activating a two-year extension that would extend his current agreement until 2026.

Arsenal wants to make sure that Martinelli’s pay package reflects his advancement and position in the team, as well as Saliba, whose fixed-term contract is reportedly up at the end of the current campaign.

Saliba’s contract can be extended by Arsenal to keep him on until 2024, just like it can for Martinelli and Ramsdale, but the 21-year-old is still bound by the conditions he agreed to when he arrived in 2019 – albeit with pay increases for his continuous progress.

While the World Cup is underway, Arsenal will try to make considerable progress in contract negotiations with the players’ representatives. In the meantime, the Gunners are getting ready for their Europa League match against PSV Eindhoven on Thursday at the Emirates.

Aston Villa decides to separate their path with Steven Gerrard