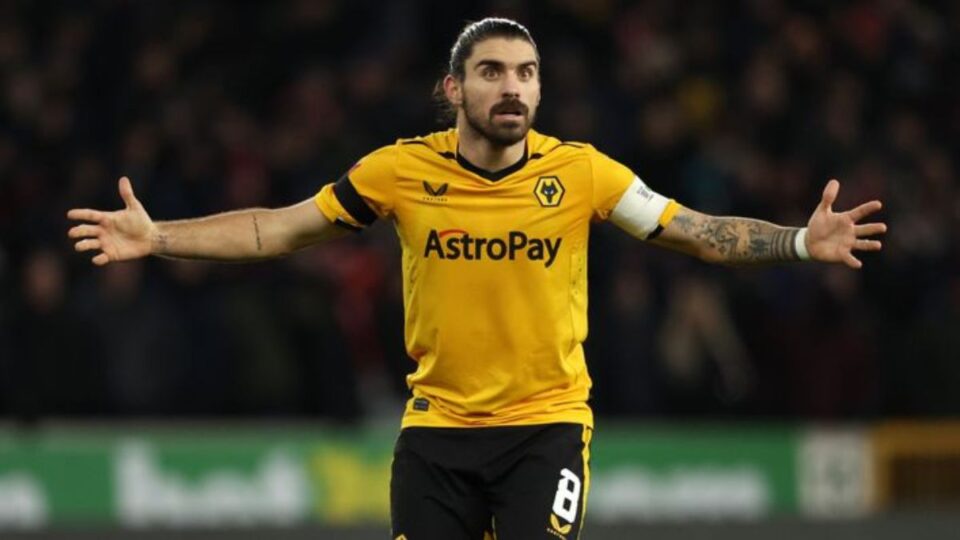 According to reports, Liverpool lacks the resources necessary to make a January offer for midfielder Ruben Neves of Wolves. The contracts of James Milner, Naby Keita, and Alex Oxlade-Chamberlain expire at the end of the current campaign,

Thus, the Merseyside giants are looking to bolster their midfield by making new signings. One source indicates that Liverpool are considering making an approach for Wolves star Neves.

The Portuguese is one of several midfield targets on Jurgen Klopp’s radar. Since moving to Molineux from Porto in 2017, Neves has established himself as a regular starter for The Wanderers.

So far, the midfielder has registered 28 goals and 12 assists in 236 games across all competitions. However, with only 18 months left on his current deal, the deep-lying playmaker’s future at Wolves has been questioned.

Neves has been connected to teams like Liverpool, Arsenal, Manchester United, and Barcelona, but the Merseyside team’s pursuit of the midfielder appears to have taken a hit.

Alex Crook of talkSPORT reports that Liverpool cannot pursue a trade for Neves because the Reds had spent their entire January budget on forward Cody Gakpo. The Dutchman cost about £37 million to get to Anfield from PSV Eindhoven, while Neves is estimated to be worth almost £70 million.

Liverpool would not be able to sign Neves this January

“Ruben Neves is a player that Wolves have expected to leave for some time. I thought there would be more interest, particularly last summer, than there was.”

“I can understand why Liverpool are admirers of him. I don’t think it’s going to happen this window.”

“I think Jurgen Klopp has said that basically they’ve spent all their money on Cody Gakpo so again this is one to keep an eye on in the summer but I think this would be a good move not just for Neves but for Liverpool as well.”

“He’s a really talented player and I’m surprised it’s taken this long for one of the so-called big six to come calling.”

Klopp does not think that the January transfer window is the “perfect moment” to bolster his team, despite the fact that Liverpool is presently ninth in the Premier League standings, 10 points off the top four.

“Is this the right moment to strengthen? I can’t see it,”

“We look outside as well. It is not that we are stubborn in the transfer market]; that is not how we see it.”

“It is about what you can do. Each year is the same. If the solutions were out there, doable and available, of course we would buy players. We have an existing squad and it is underperforming but I cannot blame everyone else.”

Along with Neves, Liverpool has also been linked with midfielders Matheus Nunes of Wolves, Jude Bellingham of Borussia Dortmund, Sofyan Amrabat of Fiorentina, and Moises Caicedo of Brighton & Hove Albion.