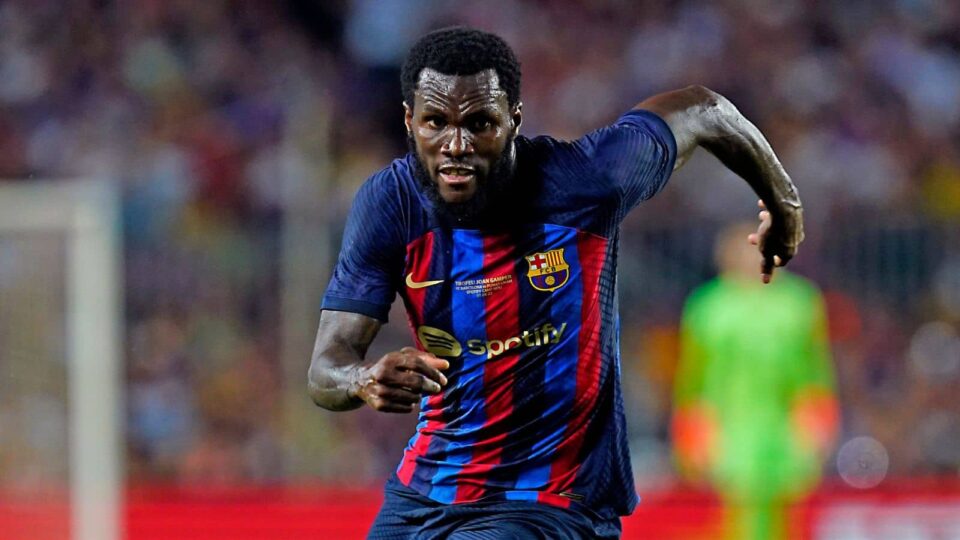 Franck Kessie may be sold by Barcelona during the January transfer window, according to reports. Barcelona won the fiercely contested battle to sign the midfielder when he became a free agent at the end of 2021–2022.

That’s in spite of the delay caused by the Catalan giants’ desire to improve their financial status before signing players to contracts with La Liga. Although the 25-year-old expected to start frequently at Camp Nou, he has only been given five opportunities in Spain’s top division and the Champions League.

The former AC Milan player has played in an additional eight matches as a substitute, although he has only played 487 minutes for Barcelona so far this season. There had initially been little anticipation that the two sides would part ways as soon as January given that the four-year agreement was only a few months old.

However, AS claims that over the following two months, Barcelona will consider bids for the youngster. Club executives are claimed to be aware that there is a chance to significantly improve their financial fair play condition because Kessie signed on a free transfer.

According to the source, any sale would not need to be amortised, allowing Barcelona to immediately strengthen its books as a result of its excessive summer expenditure. Aston Villa is reportedly one among the Premier League teams keeping an eye on the situation, although no club has formally made an offer for Kessie, according to reports.

This past week, it was also reported that Inter Milan had interest in a player who had previously played for AC Milan’s Serie A opponents. In a recent interview, Barcelona president Joan Laporta praised the squad’s existing strength and said the current league leaders had no plans to recruit any players in January.

In addition, Kessie’s departure would give Barcelona more room to complete contract negotiations with younger players, like as full-back Alex Balde, who is rumoured to be in line for a five-year deal.