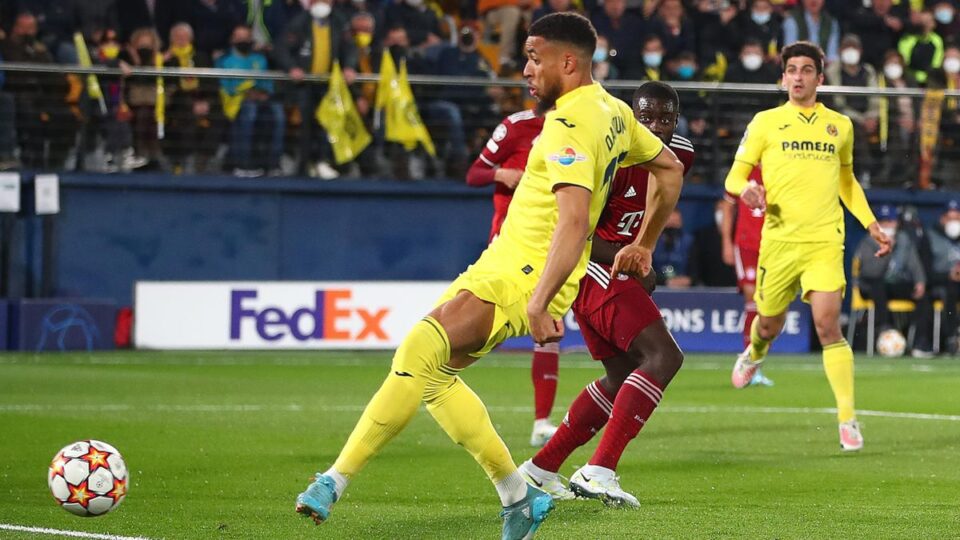 Villarreal deservedly won 1-0 in the first leg of their Champions League quarter-final against Bayern Munich thanks to Arnaut Danjuma’s early strike.

Danjuma, a former Bournemouth winger, scored the only goal early in the first half at Estadio de la Ceramica, giving the Spaniards a slim lead going into the return leg.

The home side, supported by a boisterous crowd, got off to a flying start and took the lead through Danjuma in the 8th minute. While Spain defender Raul Albiol’s well-timed challenge on the edge of the box denied Serge Gnabry.

But it could have been worse for Bayern, who put in poor performance, as Villarreal had a goal disallowed for offside before hitting the post through Gerard Moreno.

Since April 2006, it was the first win for Villarreal on their home turf in a UCL knockout tie. Meanwhile, Bayern Munich have failed to progress from each of their last 5 UCL knockout fixtures when they have lost the 1st leg.

On the other hand, Villarreal manager Unai Emery has won successive games in UCL knockouts for the first time in his career.

Unai Emery, Villarreal’s coach, stated that their victory will be meaningless if they fail to finish the job in Germany next week. The Spanish side boss said

“We are here to try to compete and reach the semi-finals. We are not going to dwell on how well we played today, that we have won and that we have competed and been better against Bayern,”

“I am happy but cautious. We have 90 minutes left and I want to beat Bayern, knowing that it is very difficult.”

On talking about the 2nd leg, the 50-year-old further said

“If I don’t beat them I’m not going to be satisfied, I’m going to be frustrated, regardless of whether we played a good game today.”

Meanwhile, Julian Nagelsmann, the head coach of Bayern Munich, agreed that his team deserved to lose and that they must improve if they are to advance to the semi-finals. The Bayern manager said

“Basically we didn’t play a good match today,” he said. “In both defence and attack we hardly got any rhythm. We didn’t play attacking football in all phases of the match. At the end we were lucky that we only lost 1-0. They (Villarreal) could have scored one or two more goals.”

“Today we just didn’t play well in all areas. But even though the score was 1-0 we still have confidence for the return leg. We will definitely show a different face, we have to and we are capable of doing so. It will definitely be different from how we did today.”

Now, Bayern Munich will have to turn up to turn down the 1 goal deficit in the return leg at Allianz Arena on April 12th.

The winner of the 2-leg tie will face one of Benfica or Liverpool in the semi-final.