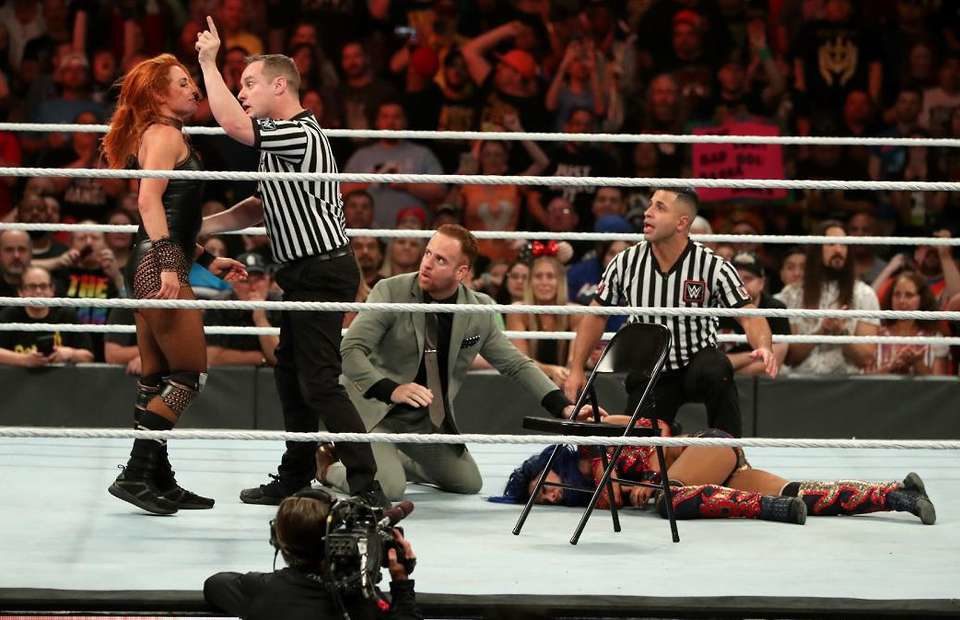 Irish professional wrestler, Rebecca Quin, who is the current Women’s Champion of WWE on the Raw brand under the ring name Becky Lynch, has been fined after she struck a referee with a chair.

Lynch has been handed a $10,000 fine by the World Wrestling Entertainment (WWE) for hitting a referee with a chair during her championship match against Sasha Banks. Lynch is popularly known as “The Man”, she tried to hit Sasha with a steel chair but instead she ended hitting the referee.

Seth Rollins on the other hand successfully defended his Universal title against Braun Strowman, was been attacked by Bray Wyatt’s Fiend while he was celebrating on the ramp.