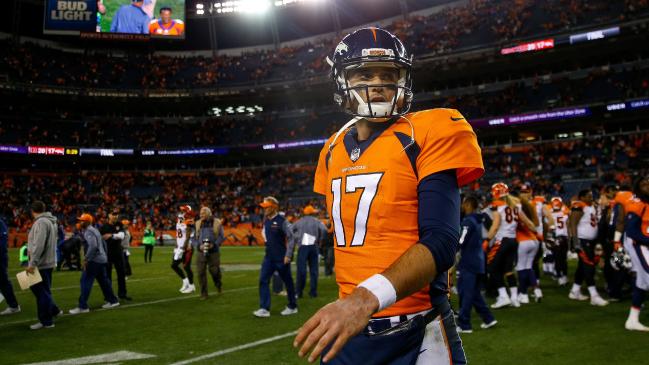 Former Denver Broncos quarterback Brock Osweiler retires at the age of 28 along with $60 million. He has 15 wins to his name and he has earned $4 million for every game he won.

He has put his seven-year career to end, speaking on the retirement the 28-year-old said, “I have my health. I have the ring. There’s a lot of things I still wanted to accomplish. And I have a lot more left in the tank. But, hey, sometimes you don’t get that opportunity. And given that, it’s all good.”

Osweiler, who lasted only one season in Houston after clashing with coach Bill O’Brien had to suffer the embarrassment of seeing the Texans give the Cleveland Browns a second-round draft pick simply to take him off their hands.

The Browns allegedly had no plans to keep him so he had to land back in Denver where he was paid by Cleveland. Osweiler however failed to recreate his earlier magic and signed with Miami last season. He couldn’t land a job as a free agent anywhere this season so he decided to pull the pin.

NFL star revealed that he was punched by ‘fan’ wanting picture