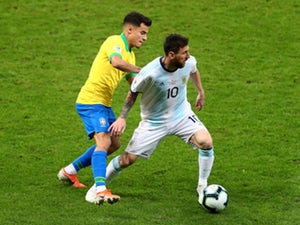 The five-time World Cup winners Brazil outdid Argentina 2-0 in Copa America. Gabriel Jesus scored the opening goal of the match in the 19th minute and his English top-flight partner from the Merseyside Roberto Firmino made the lead double-trouble for Messi’s side.

Argentina, as usual, had their chances but failed to covert in a perfect manner. This defeat against the hosts is nothing short than venom for Lionel Messi fans. Brazil, on the other hand, have survived well without Neymar and now can look to perform at the same level in the final for keeping the race alive even without their star player, who wants to join Barcelona this summer. Firmino, who missed a penalty against Paraguay, scored a match-winning goal to put the curtness in his not so decent performance.