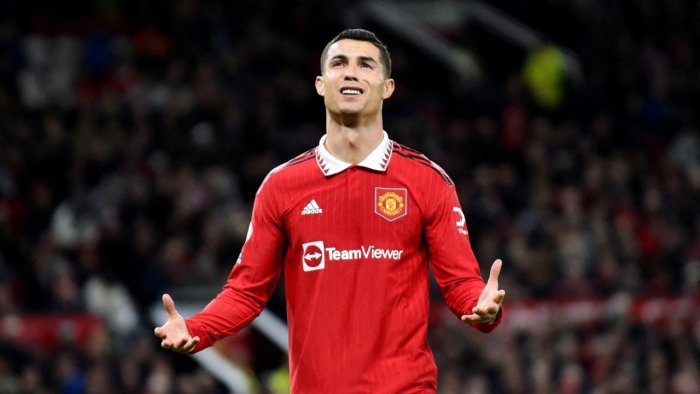 Cristiano Ronaldo has voluntarily departed Manchester United, the club has announced, with immediate effect. Since Erik ten Hag’s arrival at Old Trafford in the summer, the 37-year- old’s future has been a subject of conjecture, but the talk peaked during an explosive interview Ronaldo gave earlier this month.

Ronaldo launched a harsh assault on the manager and the team in an interview with Piers Morgan that was made public just hours after Man United won their penultimate match before the World Cup break.

In it, Ronaldo asserted that the club had not advanced at all since his initial departure in 2009 and insisted that he does not respect Ten Hag since he had fallen out of favour with the Dutchman.

Man United said they would take “necessary steps” against the five-time Ballon d’Or winner once they received all the information after the full interview was made public last week. The all-time leading scorer is now a free agent after the club officially announced that they had mutually agreed to split ways with Ronaldo.

“Cristiano Ronaldo is to leave Manchester United by mutual agreement, with immediate effect,” read a statement from the club.

“The club thanks him for his immense contribution across two spells at Old Trafford, scoring 145 goals in 346 appearances, and wishes him and his family well for the future.”

“Everyone at Manchester United remains focused on continuing the team’s progress under Erik ten Hag and working together to deliver success on the pitch.”

Ronaldo also released his own statement following the news, saying:

“I love Manchester United and I love the fans, that will never ever change. It feels like the right time to seek a new challenge. I wish Man Utd all the best”.

Ronaldo is now competing for Portugal in the World Cup, where he hopes to bring his country its first taste of success.

Thursday will see Portugal’s opening play against Ghana, and Ronaldo, who is now without a club after missing the last two Man United games due to an illness, is anticipated to start.

The former Sporting Lisbon, Real Madrid, and Juventus midfielder would increase his record-setting total of international goals and become the first player in history to score in five different World Cups with a goal.

But now that Man United is cutting ties with a player who has scored 145 goals in 346 appearances for them over two stints, he will be looking for a new club for the rest of the season and beyond.

In 38 games last season, when he rejoined the team after a 12-year sabbatical, he scored 24 goals, but this season, having been relegated to a bit-part position under Ten Hag, he has scored just three times in 16 appearances.

Ronaldo to search for a new buyer

Earlier this season, during a game against Tottenham Hotspur, the five-time Champions League champion declined to enter as a substitute and instead left the stadium early.

The potential of Man United suing Ronaldo for his interview has also been mentioned in reports, but it now seems improbable in light of the parties’ amicable decision to part ways.

Since his position at Manchester United became untenable as a result of his interview, in which he stated that several interested parties were monitoring him during the summer, the Portugal international has been connected with a variety of clubs.

One of the teams rumoured to be interested in signing the new free agent, who also stated during his interview that he was unsure whether he would leave Man United before his contract expired in the summer, is Chelsea.

However, a number of teams, including Real Madrid, Manchester City, and Roma, have dissociated themselves from a move for the striker.