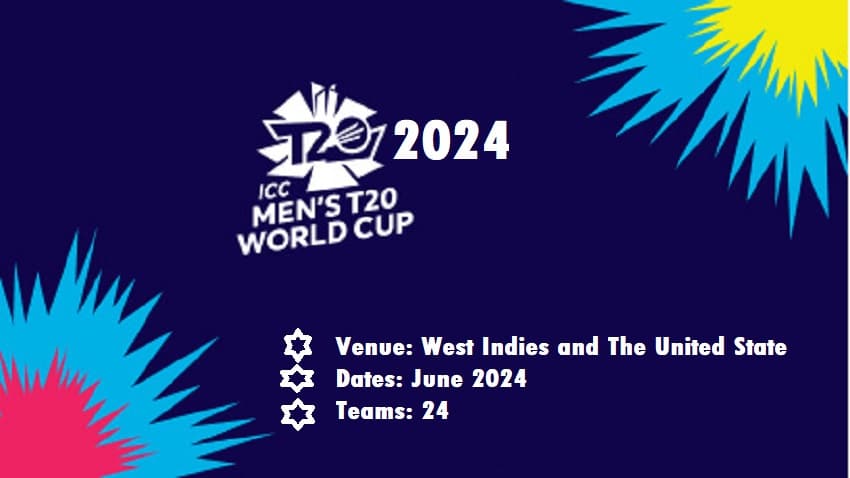 A new format will be used at the 2024 Men’s T20 World Cup, which will be held in the West Indies and the United States. In contrast to 2021 and 2022, the 20 teams competing in the 2024 event will be split into four groups of five teams each, as opposed to the first round being followed by the Super 12.

The opening round of the last two T20 World Cups included two groups of four teams each, including both teams that qualified for the competition and teams that placed between ninth and twelveth in the previous World Cup.

In the second round, the top two teams from each group that had advanced to the first stage joined the other eight teams who had previously qualified for the Super 12 stage.

Twelve teams have already booked their spots for competing in the 2024 T20 World Cup.

West Indies and the United States qualified automatically as the competition’s hosts. In addition to the defending champions England, those that placed in the top eight of the 2022 competition were Pakistan, India, New Zealand, Australia, Sri Lanka, South Africa, and the Netherlands.

The other two teams had already secured their spots because, as of the deadline of November 14, 2022, Afghanistan and Bangladesh were ranked second and third, respectively, in the ICC’s T20I rankings.

Regional qualifiers will be used to fill the final eight positions.

The T20 World Cup is currently being won by England, who defeated Pakistan on November 13 in Melbourne.