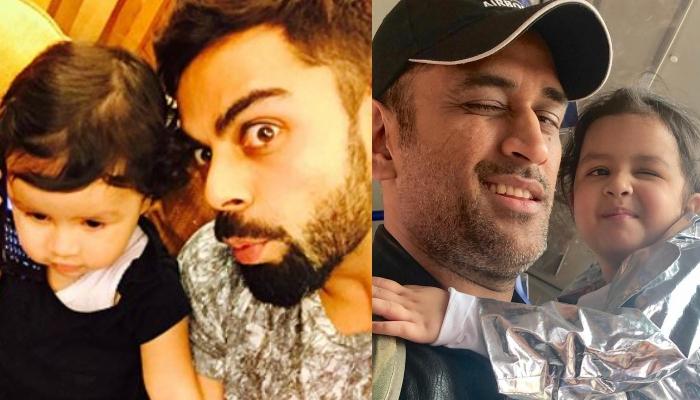 Delhi Police filed a formal complaint against unnamed individuals. The FIR was for a string of inappropriate comments about former Indian captain MS Dhoni and Virat Kohli‘s daughters.

The complaint was filed After DCW chief Swati Maliwal pleaded with the authorities to act quickly against the internet bullies. The indecent and disgusting images of Ziva Dhoni and Vamika Kohli that appeared last week have been reported to the authorities.

Following these events, DCW chief Swati Maliwal was incensed and pleaded with the police to take fair action. The plea was against those who were jeopardizing the name of the Indian cricket players by targeting their families.

“Some accounts are posting pictures of the daughters of two senior players of the country, Virat Kohli and (MS) Dhoni, on Twitter and making lewd comments. Disgusting comments about two-year-old and seven-year-old girls. If you don’t like a player, will you abuse his daughter? Issuing notice to police to register FIR,”

As a result of her outburst on the microblogging platform, Delhi police filed a FIR against the offenders. The head of DCW was worried about the safety of the cricketer’s families, especially their kids, who were being unfairly attacked by trolls on social media accounts.

“Nowadays, it is seen that often trolls openly make lewd remarks about the wife of any celebrity or cricketer, even their two and seven-year-old daughters are not spared. They write wrong things about them on social media and abuse them. This has become a trend these days.

“If someone does not like a cricketer or celebrity, then he should not watch him. However, some people target his family and make lewd comments about his little girl and wife, which is not right at all. Small girls, even a seven-year-old girl is not safe,”

the DCW chief was quoted as saying by the press.

Swati thought people should quit watching or following celebrities they didn’t like, but she thought it was completely inappropriate to target their families.

Freedom of speech is not to defame anyone but to express your views without harming anyone’s sentiments. Thus, legal actions for such miscreants’ activities are necessary to show people the right path.

There have been haters of celebrities but no one has the right to abuse their families.