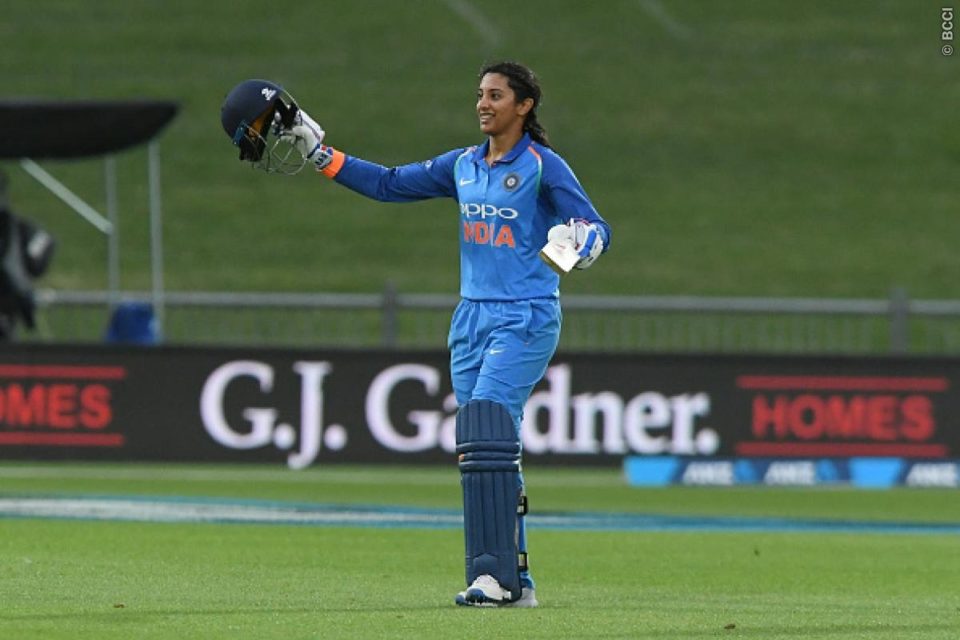 On Tuesday, Indian opener Smriti Mandhana has been included in the International Cricket Council (ICC) ODI and also in T20 team of the year. In the ODI squad, Mandhana has along with Jhulan Goswami, Poonam Yadav, Shikha Pandey and Deepti Sharma in the T20 team have booked their place.

23-year-old Mandhana has represented India in two Test matches besides 51 ODIs and 66 T20 Internationals. She has scored 3476 runs in ODIs and T20s. Australia’s Alyssa Healy, who hit a record 148 against Sri Lanka earlier this year, was adjudged the best T20 cricketer of the year.

Australia’s Meg Lanning has been named captain of both the ODI and T20 teams. Perry was additionally selected for the Rachel Hehoi-Flint Award (Best Cricketer of the Year) award for the second time in a row of three years.

The Emerging Cricketer of the Year award was given to ‘Chanida Suthirung’ of Thailand. The twenty-six-year-old fast bowler took 12 wickets in the ICC Women’s T20 World Cup qualifier this year.

In fact, after this wonderful match Lanning quoted, “It’s a huge honour to be named captain of the ICC ODI and T20 Teams of the Year alongside some incredible players. It’s been an amazing year for the Australian team and we’re looking forward to the challenges that lie ahead in 2020.”