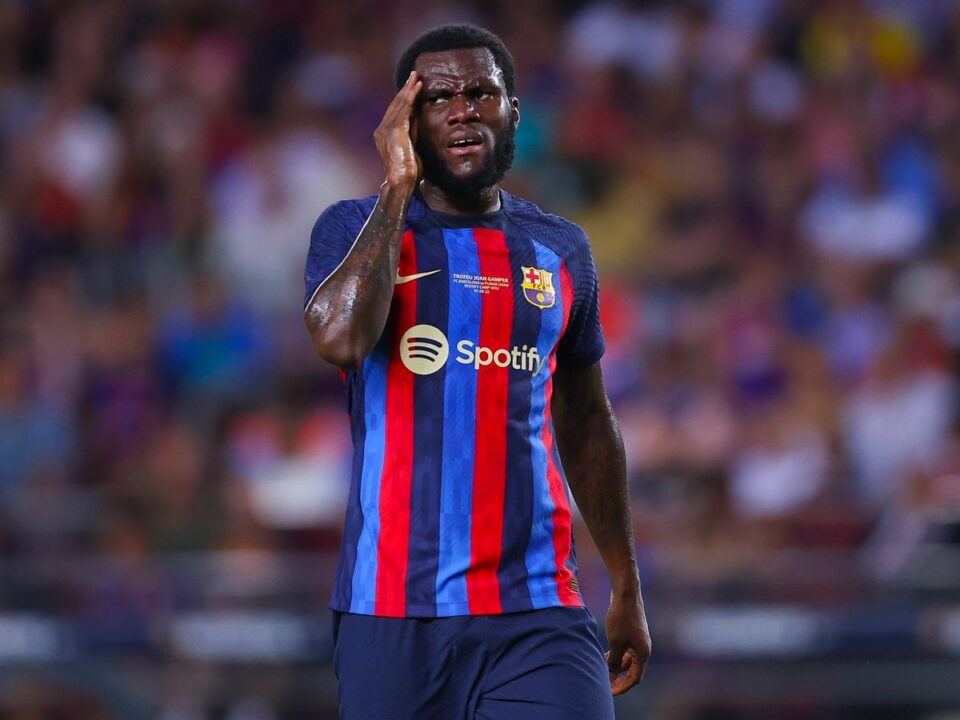 FC Barcelona have rejected Tottenham Hotspur’s offer for their star midfielder Franck Kessie. The reason behind the rejection was that the Ivorian international was not interested in moving to north London.

Kessie is reportedly willing to return to Italy just six months after signing for Barcelona in the summer. According to TuttoMercatoWeb, the former AC Milan dynamo has rejected an approach from Tottenham.

Thus, Inter Milan are the current favourites to recruit the midfielder. Kessie, who joined Barcelona for free a year ago, has only made five starts for the club.

While the La Liga club is reportedly asking for just £20 million, per Sport. And it makes sense that the La Liga team is already inclined to selling the 26-year-old given the financial condition of the Catalan giants.

But according to the reports Antonio Conte’s team will not be able to sign Kessie as the midfielder has no interest to make a Premier League switch.

Franck Kessie would have been perfect option for Tottenham?

While Spurs are hoping to add a central midfielder in January, this would have been the ideal time for a transfer to take place.

Time is running out for Tottenham to add a midfield player that may be the difference between another top-four finish and a trip back to the UEFA Europa League with only two weeks left in the summer season. Additionally, Kessie would have been ideal for this month’s north London side.

The latest Kessie update will only enrage the former Inter manager further. Conte has demanded additions this January, and 17 days into the season, the Italian manager is still waiting for anything that could assist Tottenham break out of their present slump.

After all, the Tottenham board should support Conte as their manager. Additionally, the news that Kessie’s contract with Spurs fell through might enrage the former Inter and Chelsea manager for the rest of the month because the Ivorian is now expected to sign with another team.

Currently, Tottenham are sitting at 5th spot having 5 points gap with Man United, who are placed at 4th. While a top-four finish looks far fetched until Spurs could bring in some decent signings this January.

Moreover, Conte might decide to leave the north London side if they are unable to compete in the Champions League in next season.